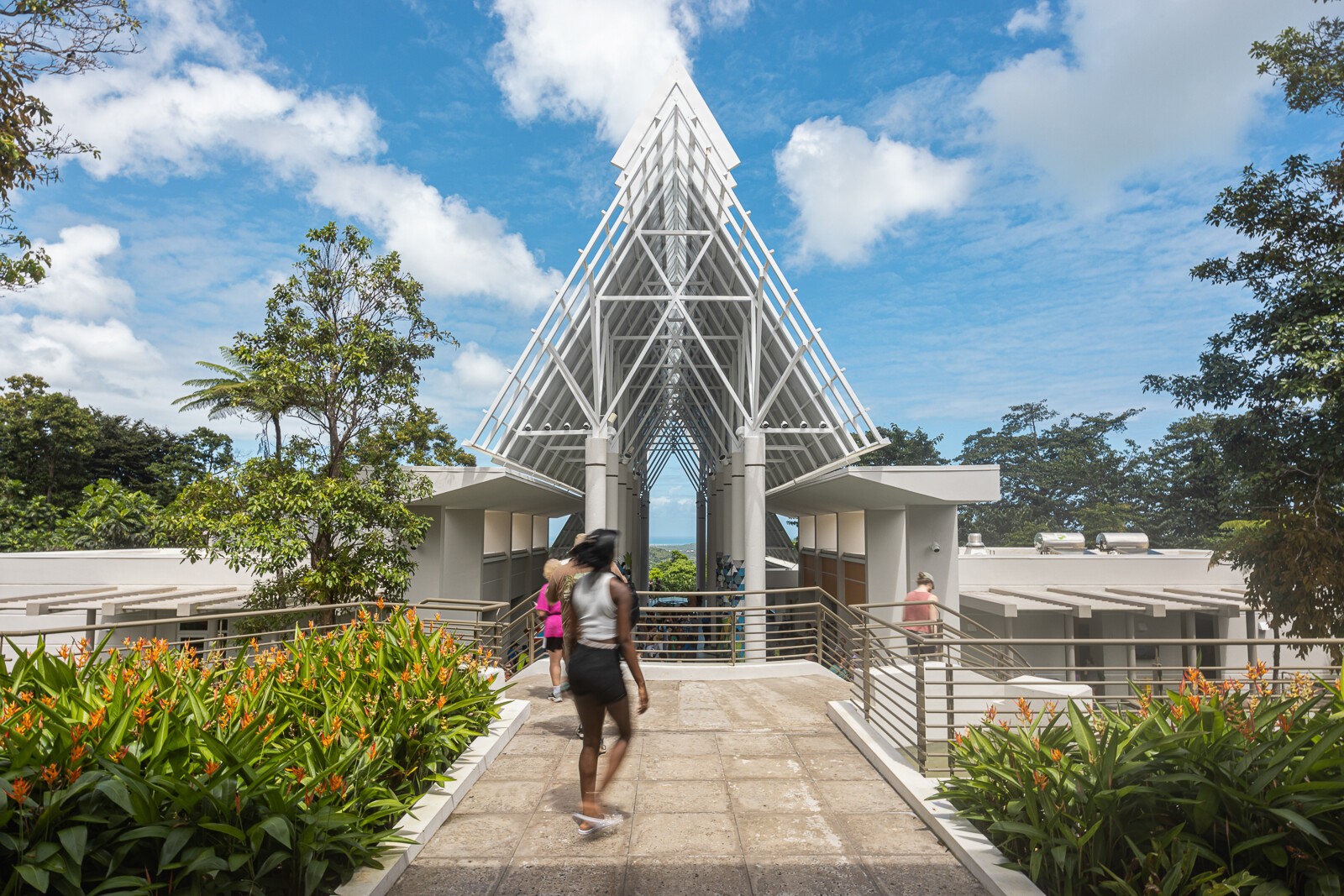 El Portal Visitors’ Center is nestled within El Yunque National Forest, the only tropical rainforest in the US Forest System. Originally designed by the Puerto Rican architecture firm Sierra Cardona Ferrer, the project had undergone no significant changes since its opening in 1996. After the extensive hurricane damage, the US Forest Service decided to overhaul El Portal and update its offerings. A competition for the design-build contract was opened and Marvel, along with Interlink Construction, were awarded the project. Marvel’s intervention, in partnership with Interlink, consists of the re-design and complete renovation of the buildings and site. 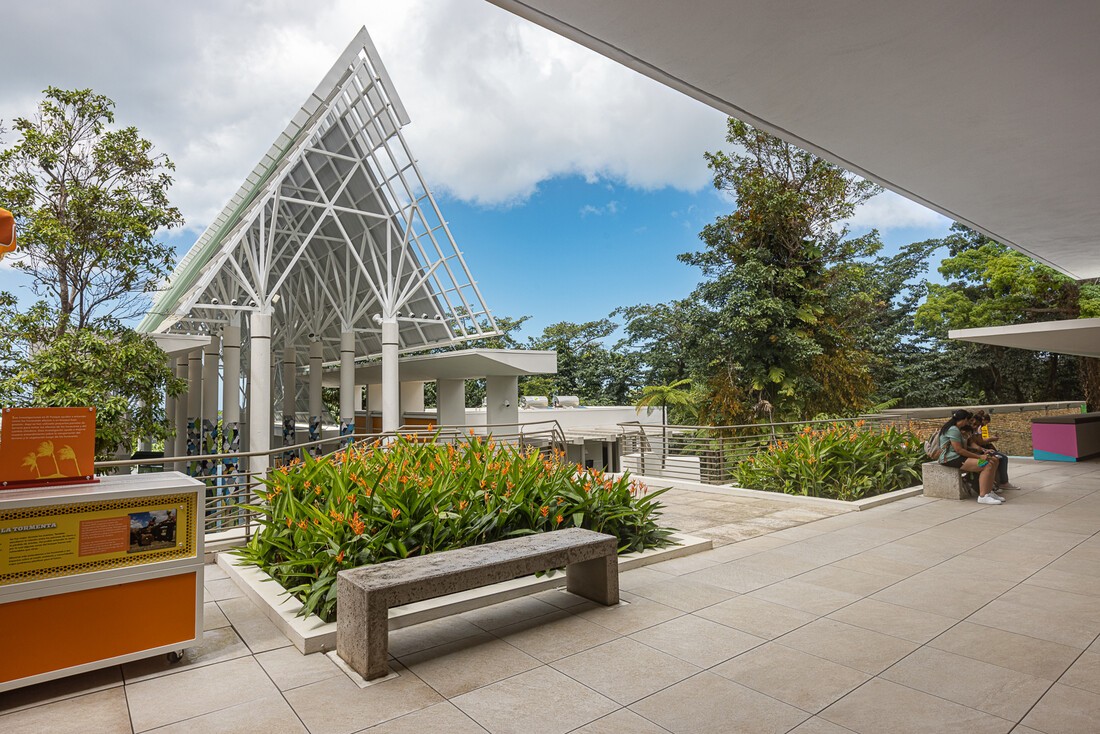 To contend with the growing effects of climate change, rainwater harvesting and stormwater improvements were made, enabling greater resilience and sustainability. 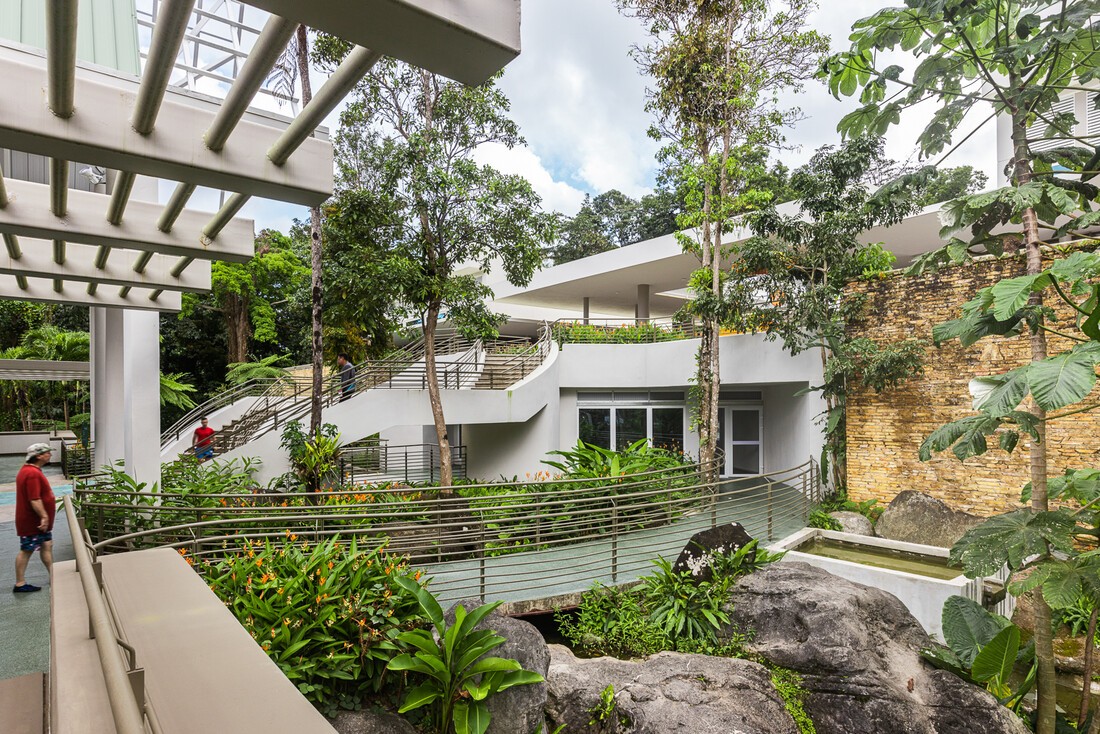 Elements of the original design, including the main hall, the upper courtyard, and the water feature were modified to give way to a newer design vision, accommodate current needs, and comply with current codes and sustainability standards. 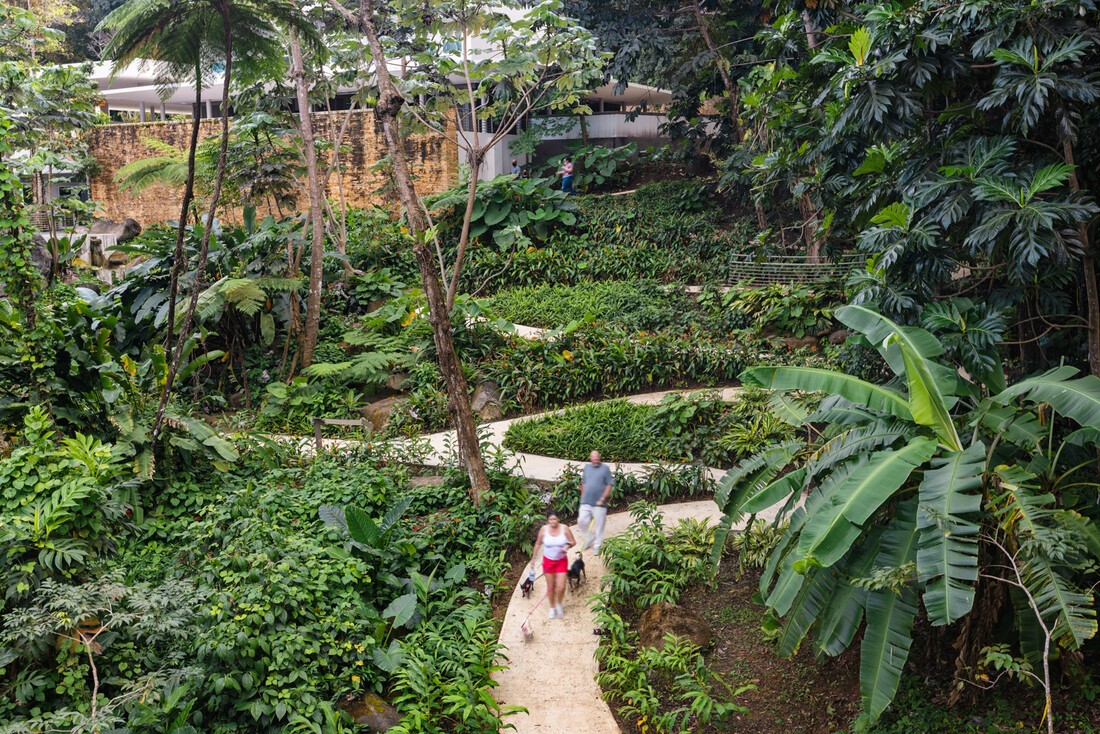 Key to Marvel's improvements was implementation of the first and only accessible trail in the entire National Forest. 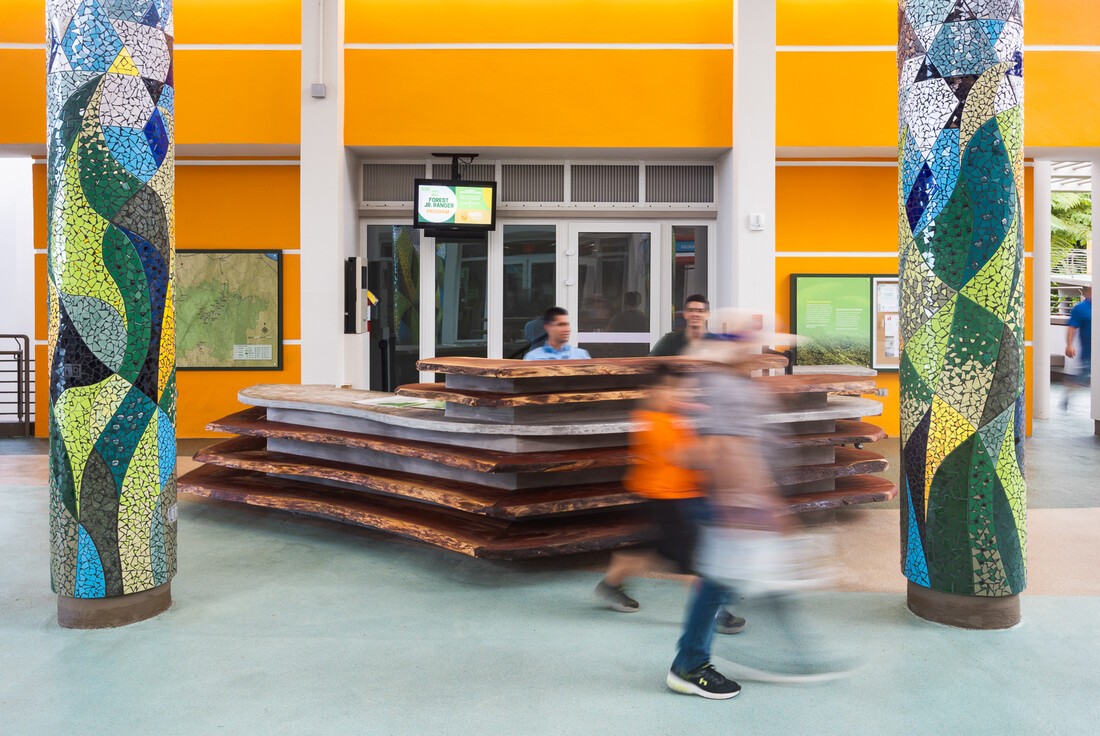 The bright entryway includes a visitor's desk made from wood reclaimed from the wreckage of Hurricane Maria. 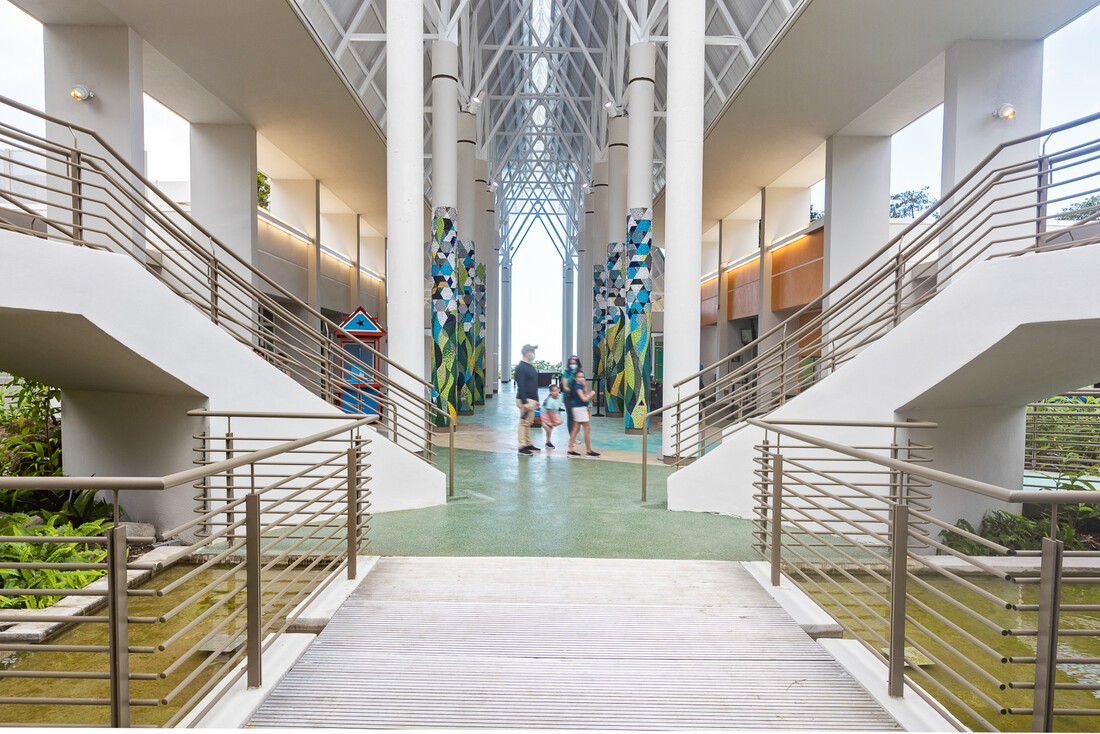 Marvel and Interlink, a Puerto Rico-based construction company, worked closely with the US Forest Service and other stakeholders to develop a project that responded to all the requirements for this special and unique facility. Our team also helped develop a vision for what sustainable federal projects can accomplish in the Caribbean. 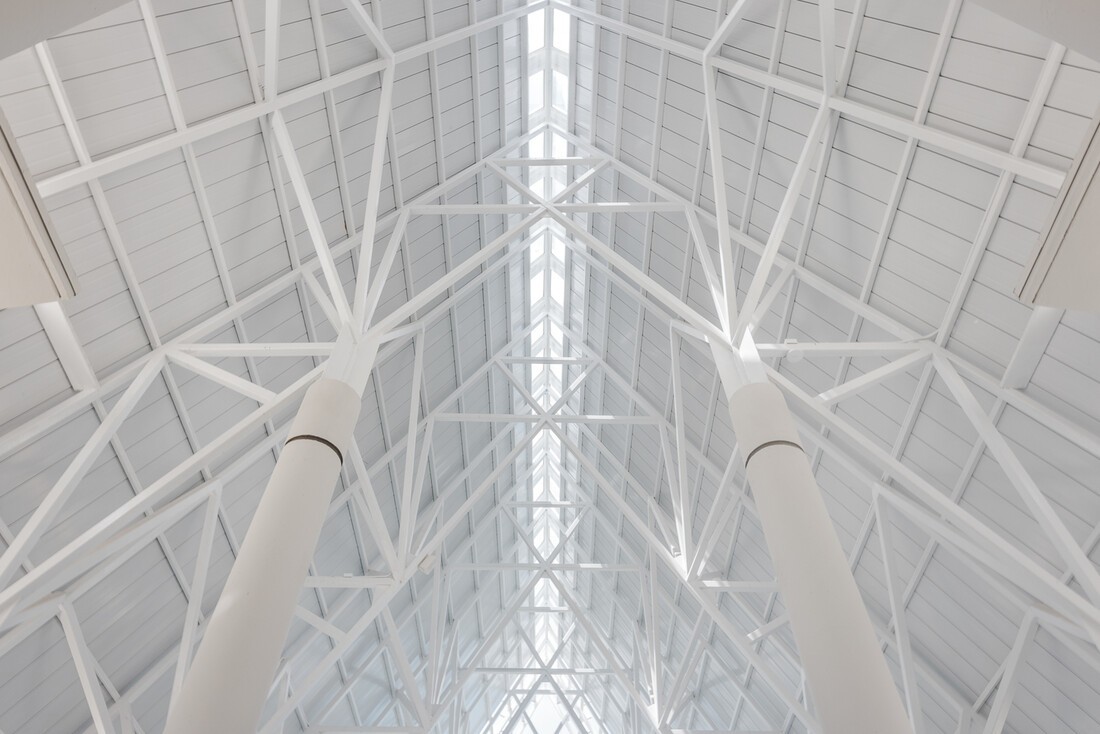 The roof of the main gallery was renovated and modified to introduce natural light. 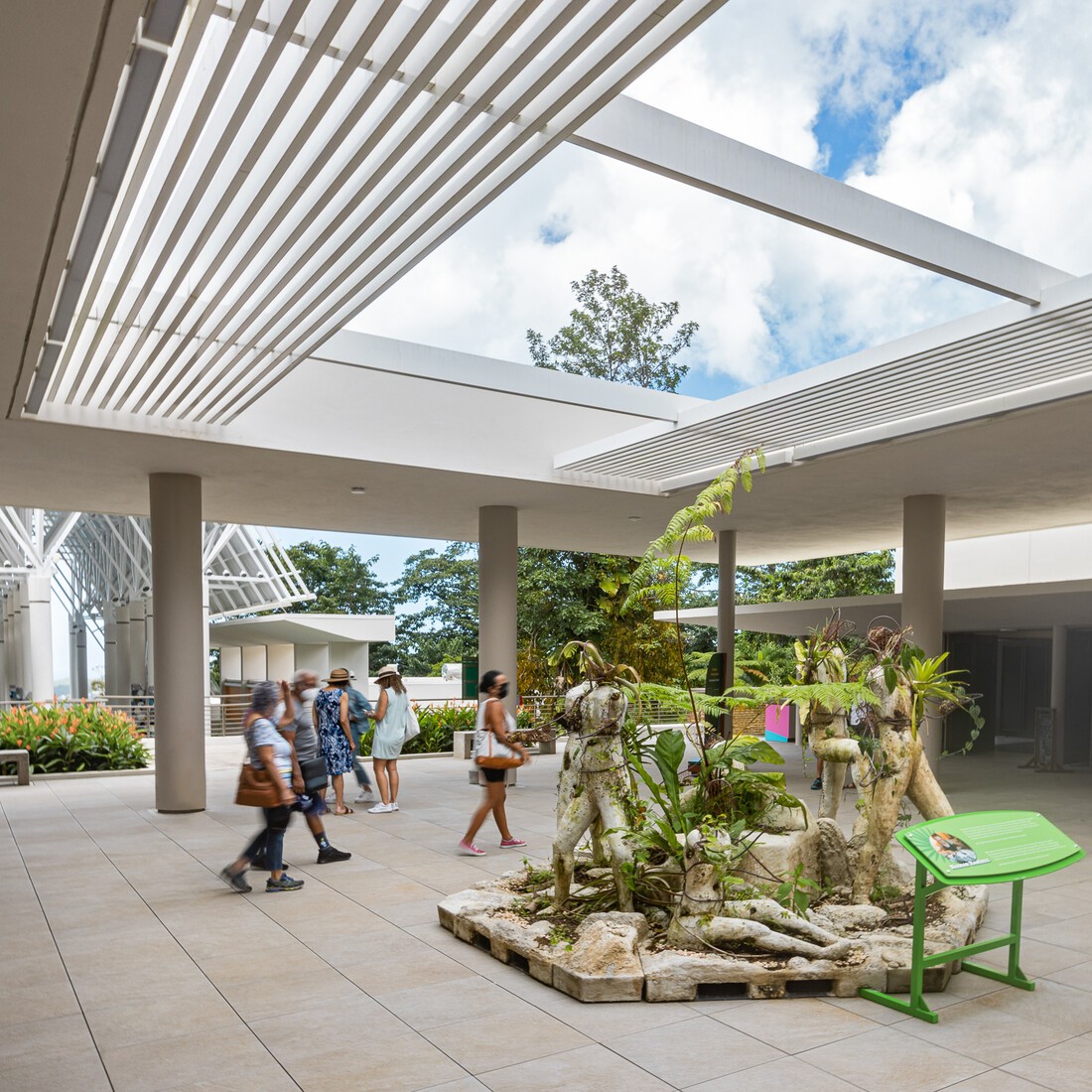 Local artists were brought in for site-specific works. 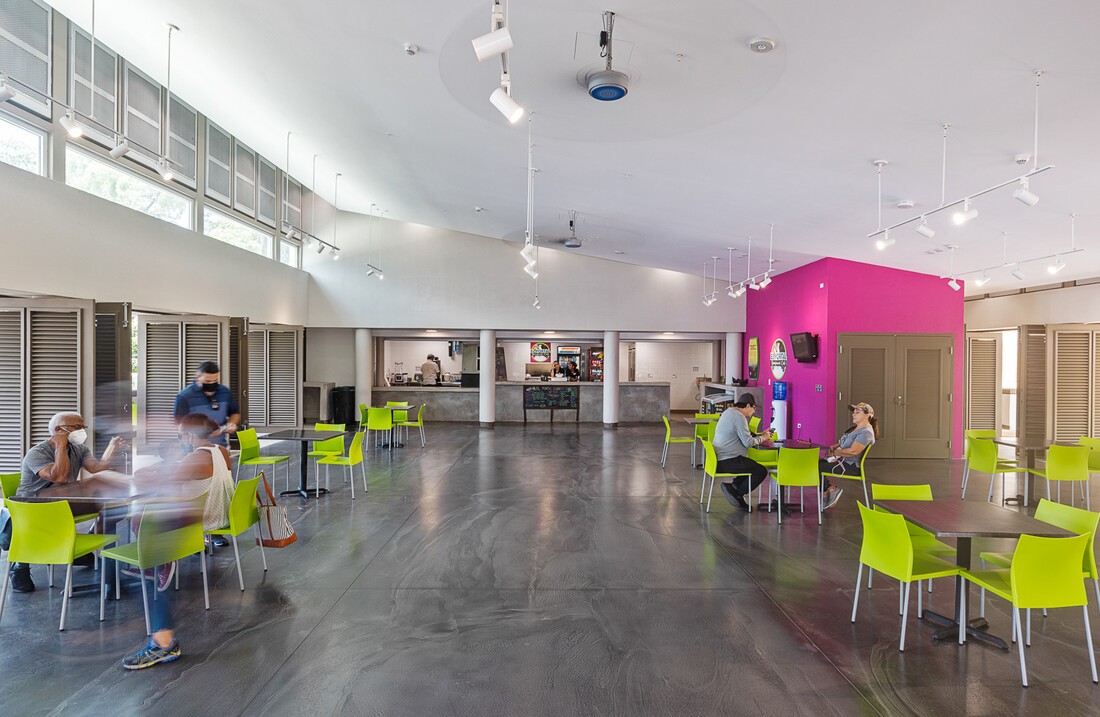 One of the upper level pavilions was converted into a new café with a fully-equipped commercial kitchen. 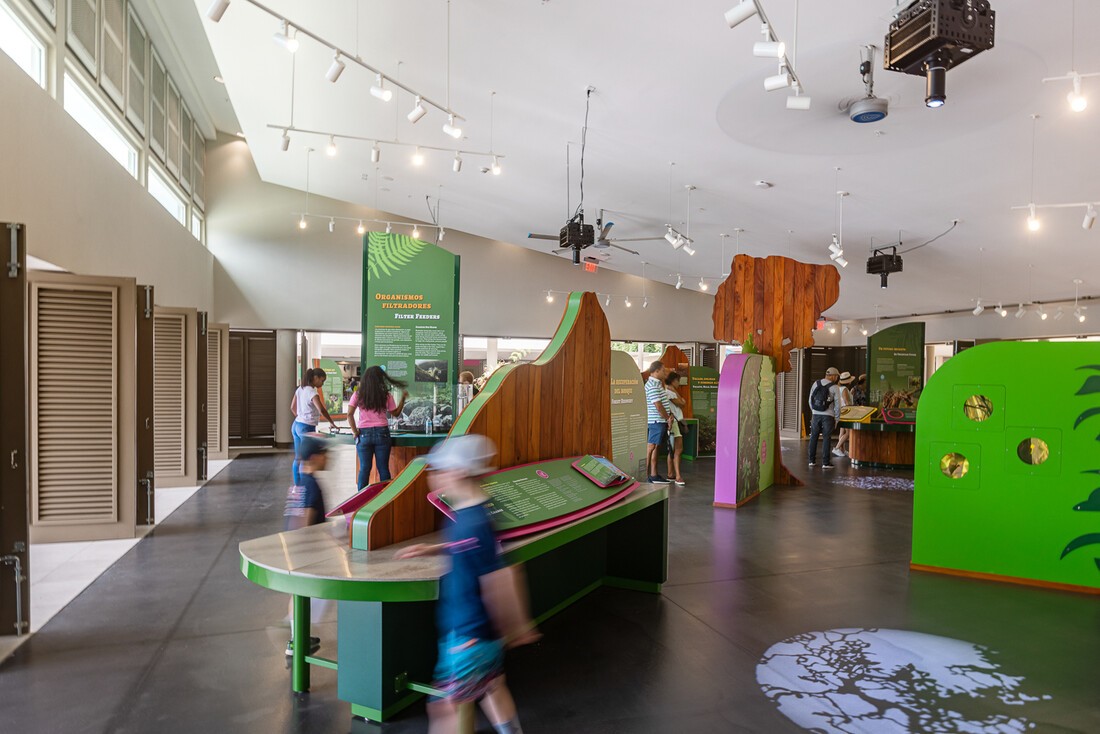 New exhibits, designed by Split Rock Studios, are housed in one of the upper level pavilions. 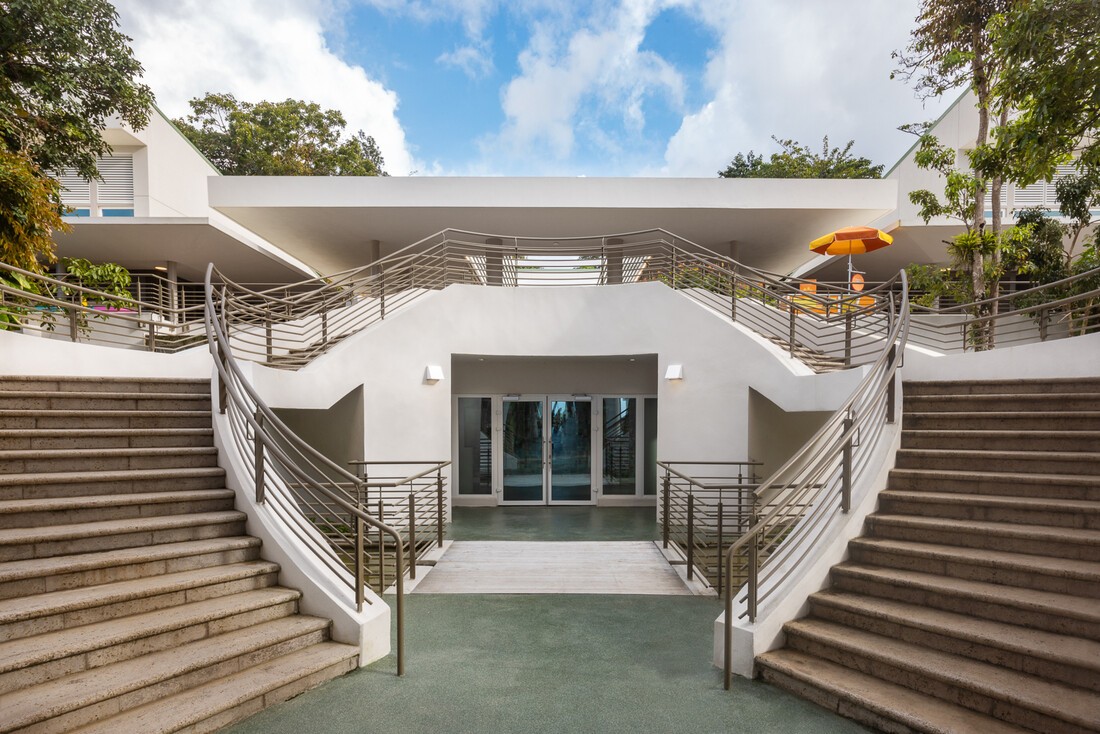 Marvel completely re-designed the theater, located under the upper level plaza and across a "bridge" over the newly designed water feature. 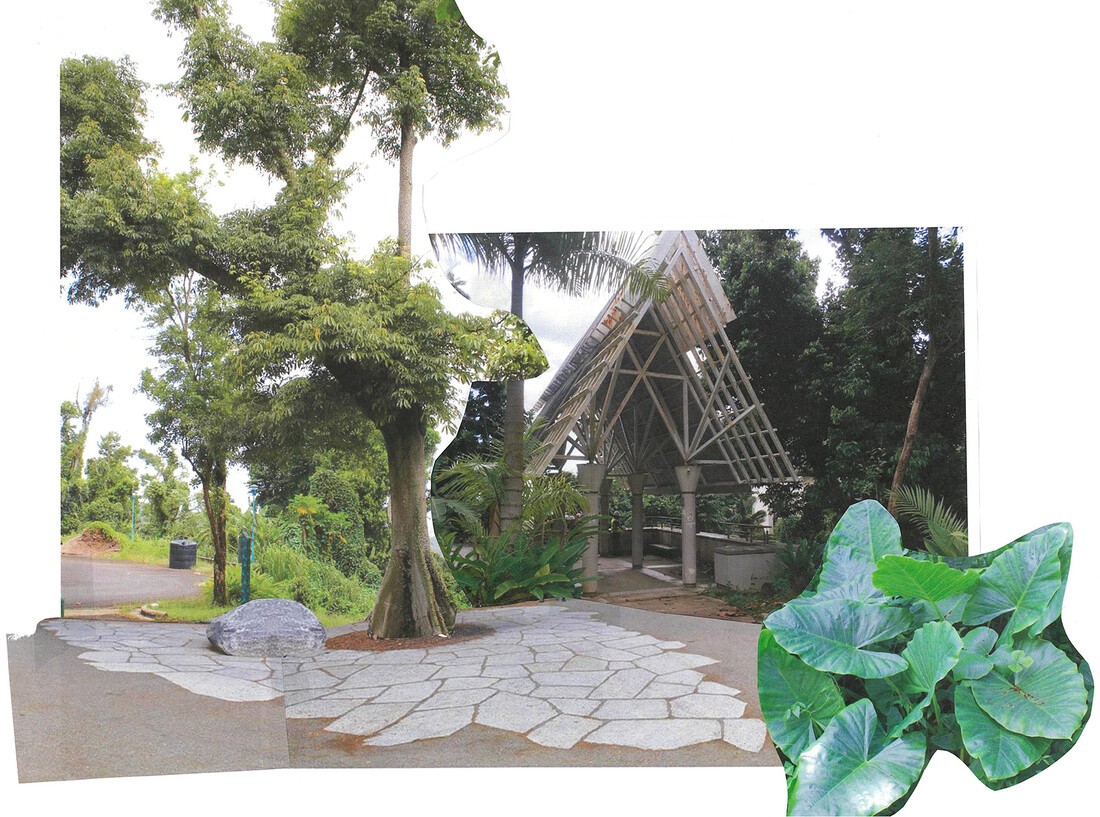