The Brooklyn Waterfront Greenway was conceived as a ribbon of green along the entirety of the Brooklyn waterfront, providing access and connectivity to the waterfront with mobility options for coastal communities. 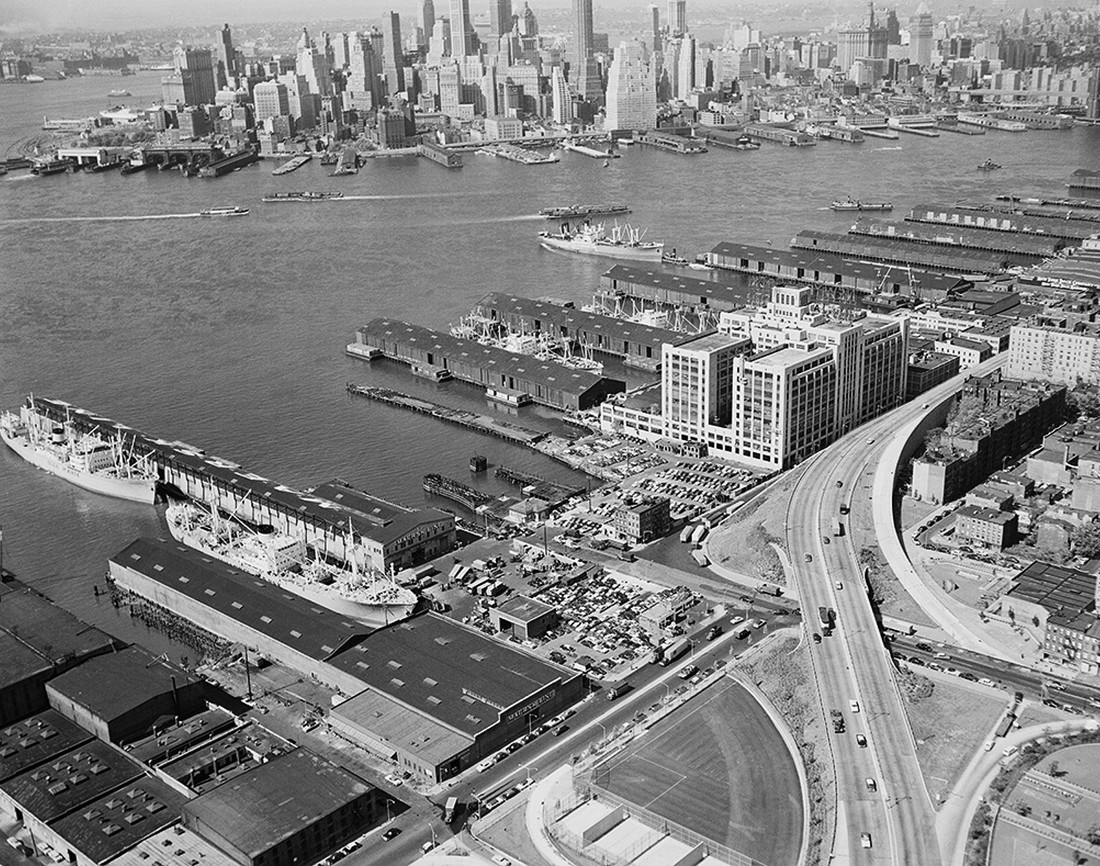 Background and History
19th Century docks fueled a robust industrial waterfront until decline began in the mid-20th Century. This waterfront corridor is now being adapted to new uses. 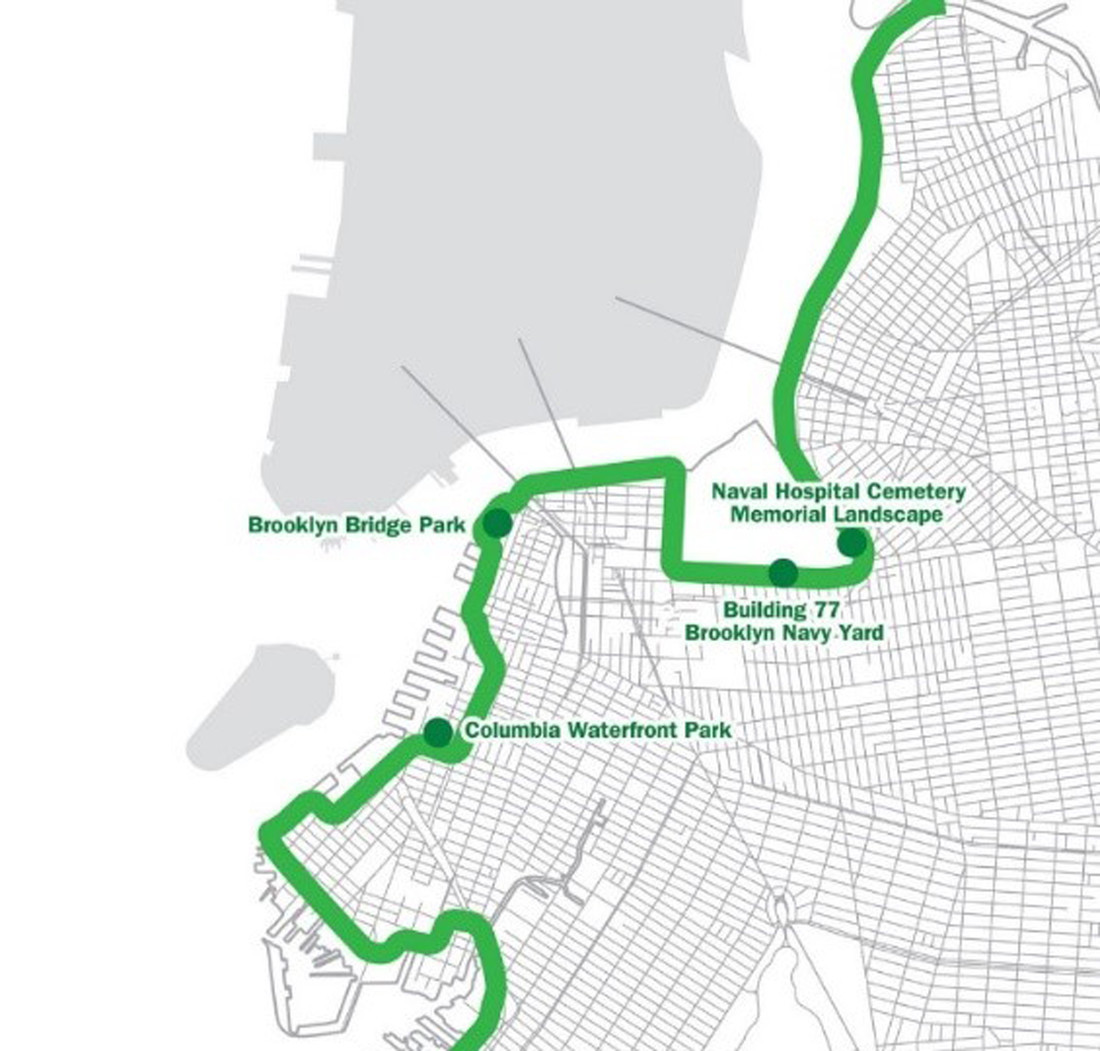 Marvel Architects has assisted with design and realization of several nodes along the length of the greenway, including the Naval Cemetery Landscape, the plaza of Building 77, Columbia Street Space and the Columbia Street Connector.

Projects engage with the route of the greenway in different ways, whether passing by an adjacent site, fully passing through, or creating new connections. 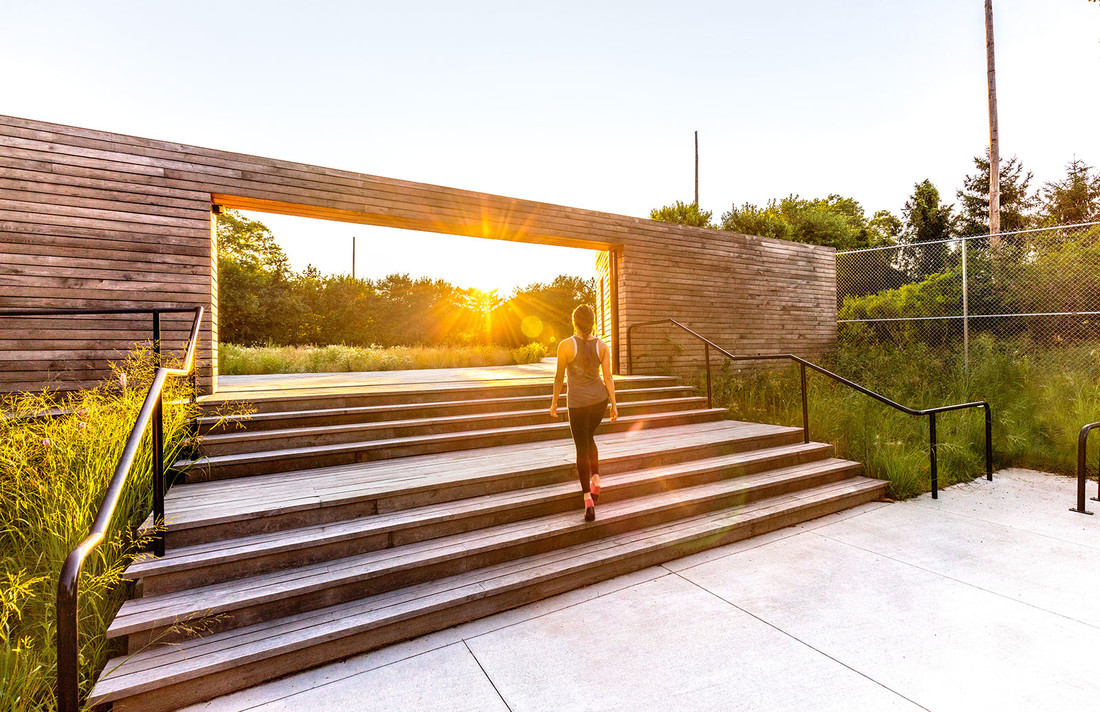 Naval Cemetery Memorial Landscape
Built adjacent to the greenway at a former cemetery site, stairs lead through a threshold to an open landscape. ©Max Touhey 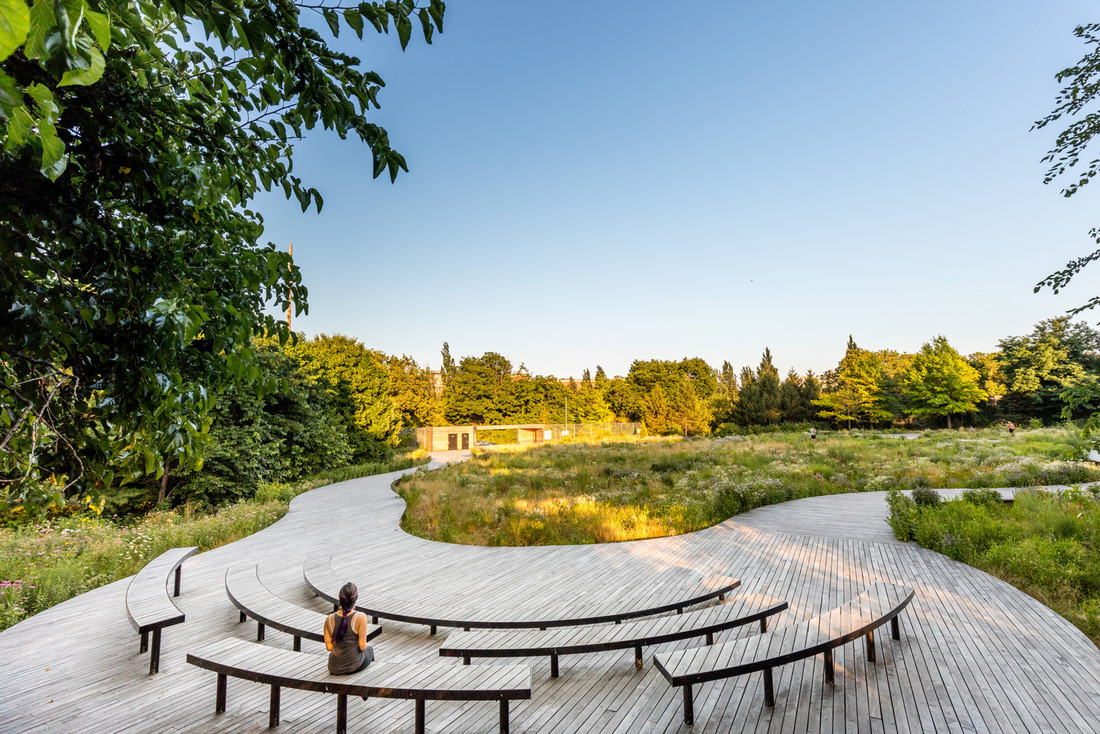 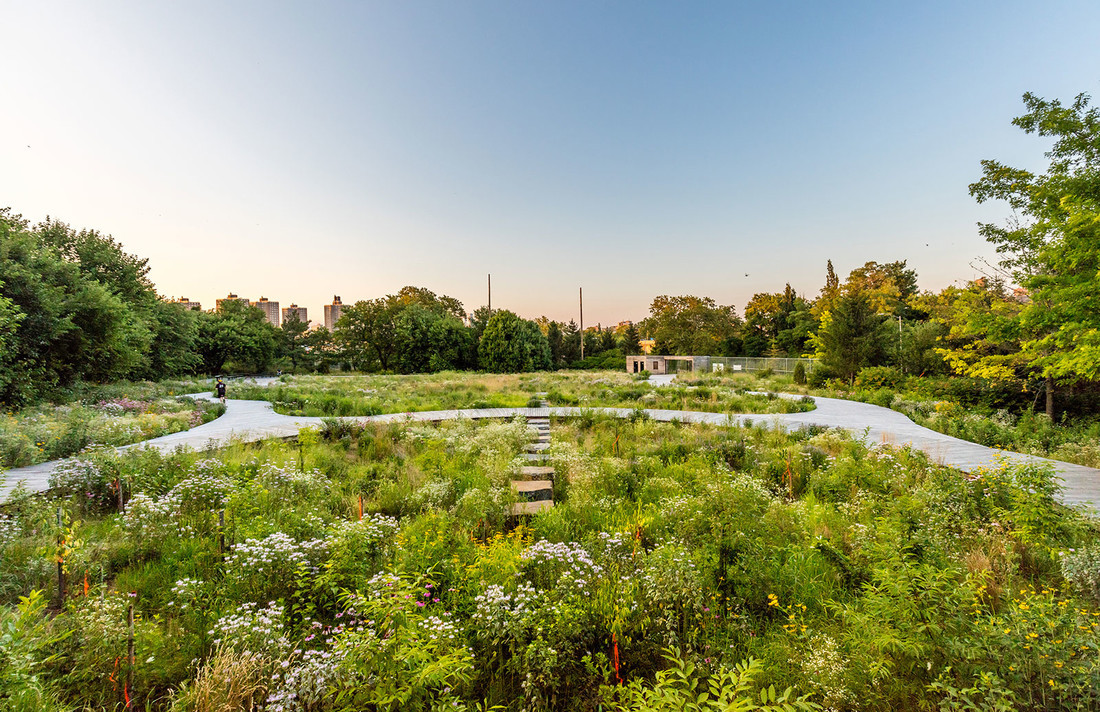 Columbia Street Waterfront Space
An underutilized DOT site is redesigned as public landscape space where a neighborhood ends at the former waterfront edge. 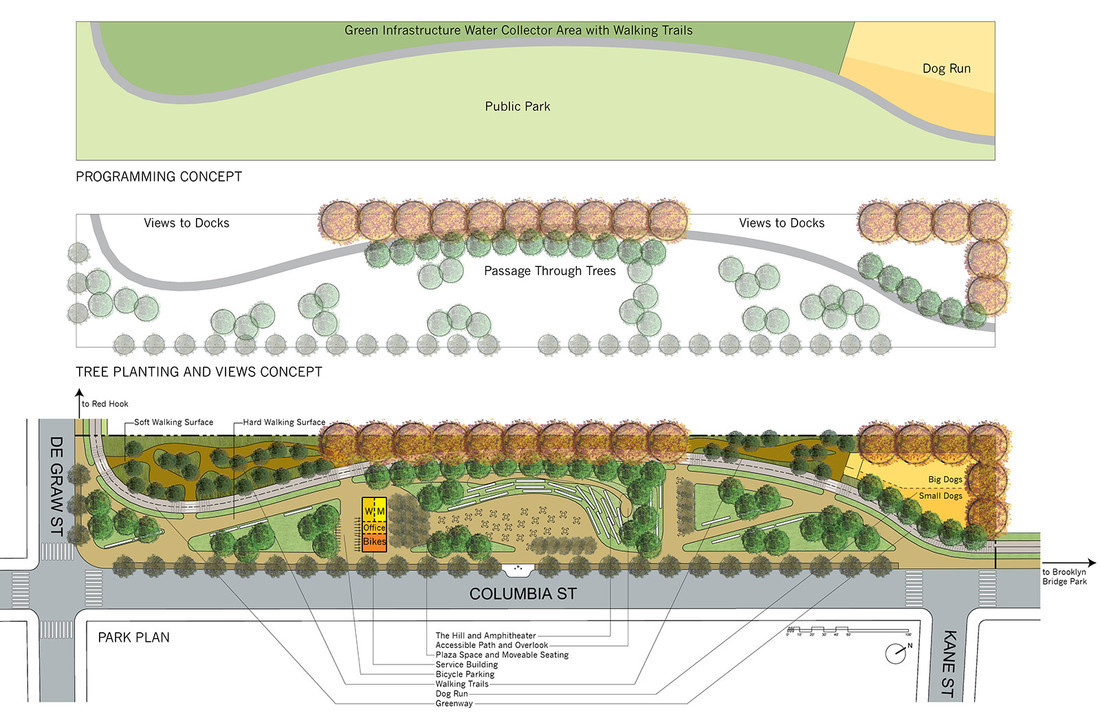 Columbia Street Waterfront Space
The greenway route moves into the far edge of the quarter-mile long site, allowing public pedestrian activity along the street and creating a natural buffer along the adjacent container port.

Building 77
This existing 18-story building sits along a portion of the Brooklyn Greenway. A recent renovation has created a public plaza with direct connection to the new alignment of the Greenway along Flushing Avenue, one of the highest-used bicycling routes in Brooklyn. ©Daniel Byrne