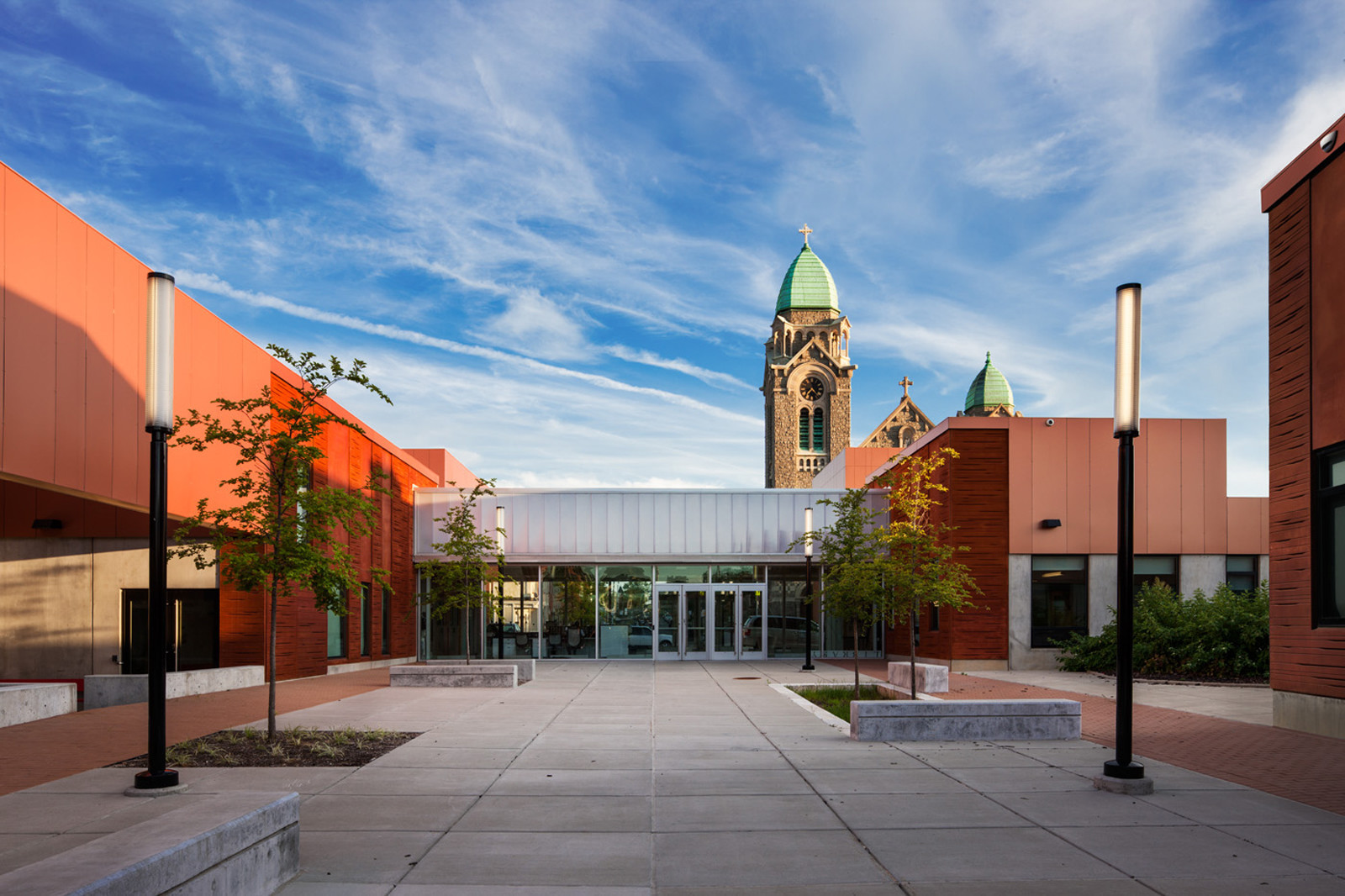 The new Elmer A. Henderson, A Johns Hopkins Partnership School, and The Harry and Jeanette Weinberg Early Childhood Center, is the first new Baltimore public school building constructed in over 20 years. A cornerstone for the largest redevelopment project in Baltimore and a catalyst in the revitalization of East Baltimore, the design reinterprets the neighborhood's urban planning for innovative educational spaces. 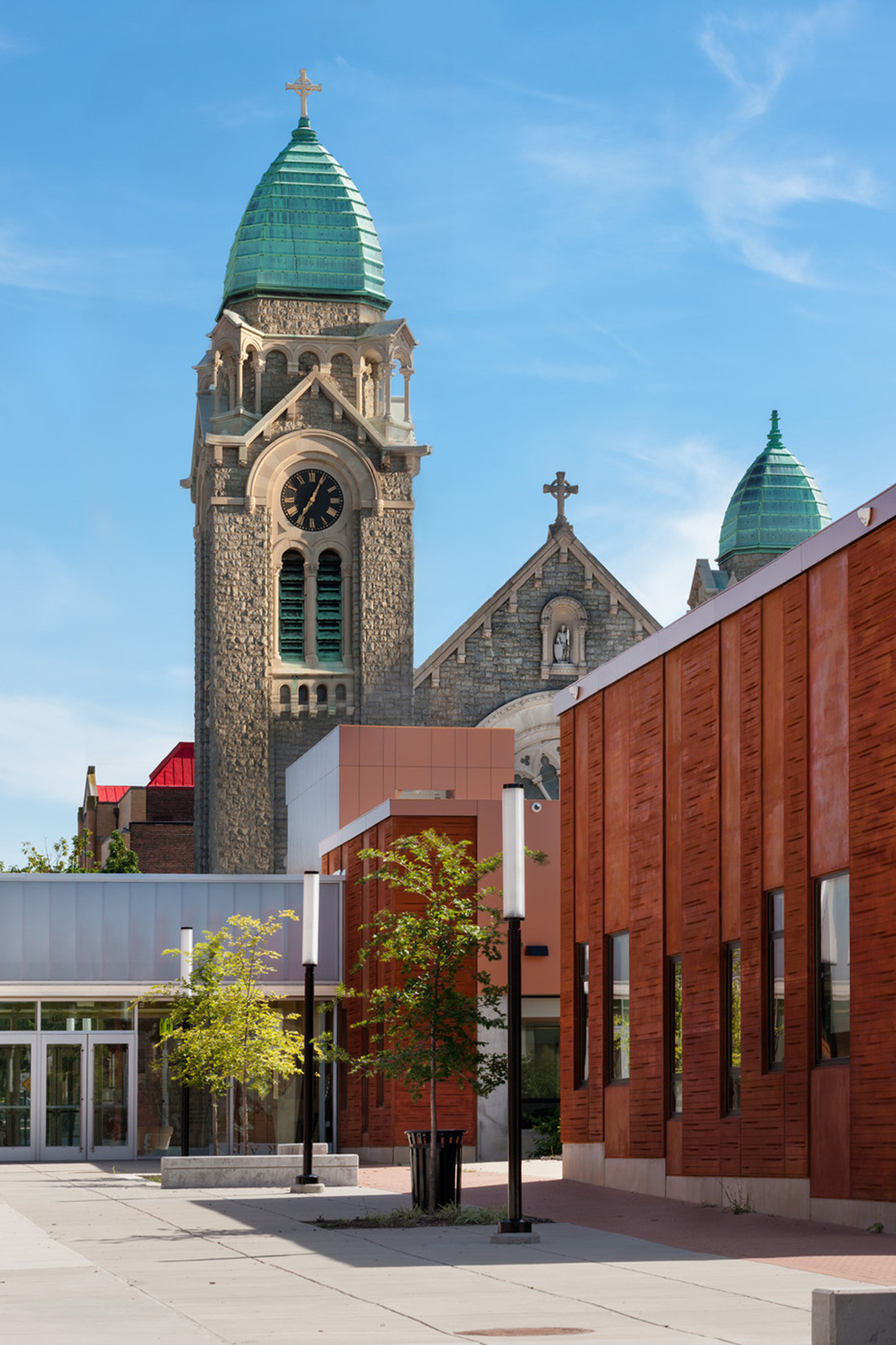 Collington Commons
A cornerstone for the largest redevelopment project in Baltimore and a catalyst in the revitalization of East Baltimore, the seven-acre campus next to John’s Hopkins Hospital seats 540 students and 175 pre-school children. 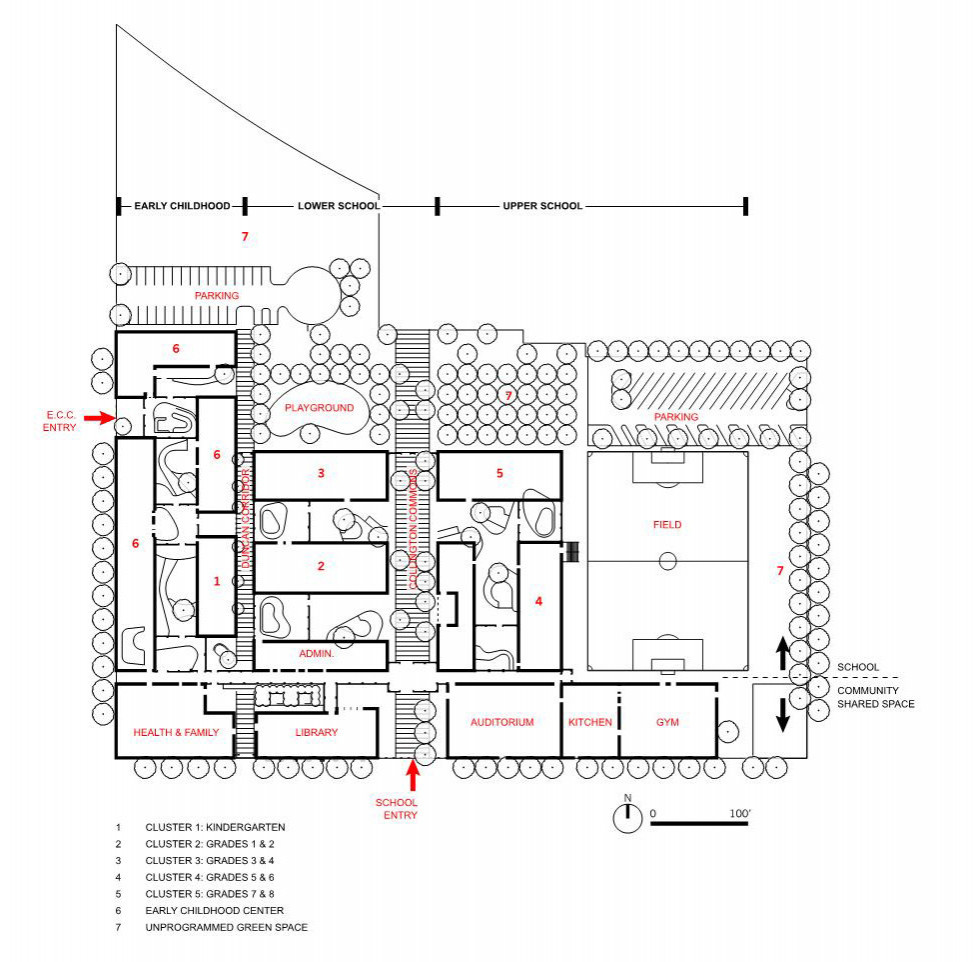 Site Plan
The East Baltimore urban design, its street walls, alley walls, and block courts, inspired the planning and the architecture of the school. Streets are continued through the school’s two-block site as major communal arteries and social centers. 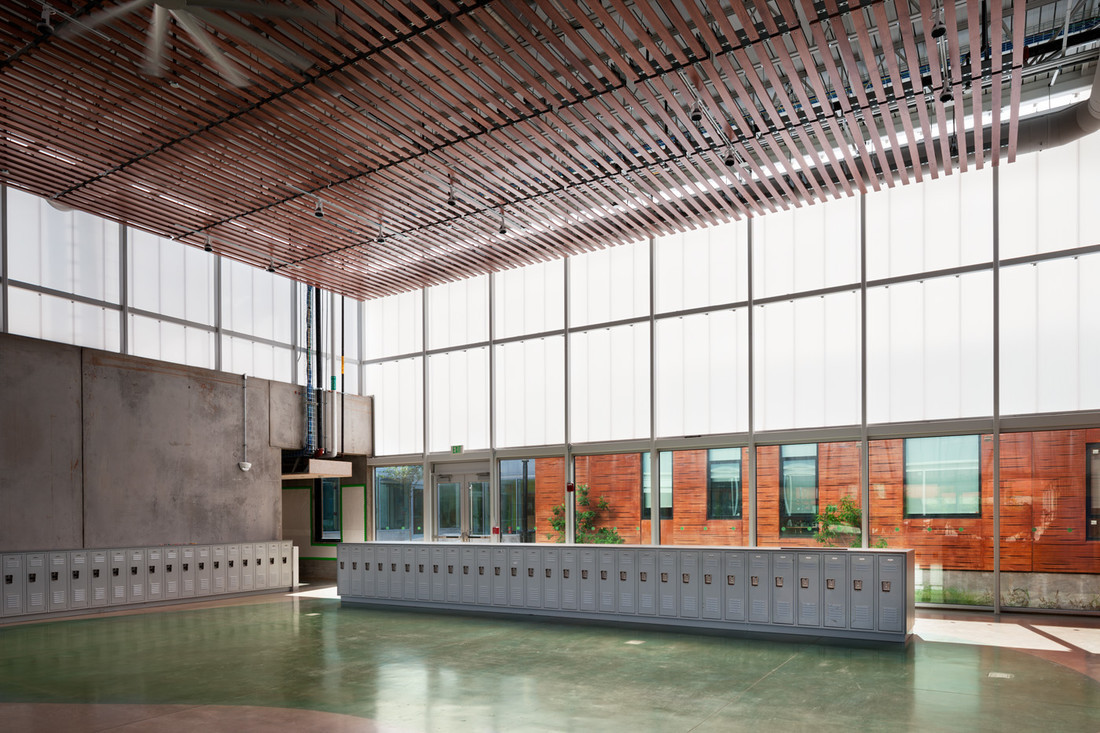 Commons
The campus is organized into five visually connected houses. Each house includes traditional classrooms and flex spaces for multi-modal instruction and individualized learning, as well as a commons: a large, luminous volume used for flexible learning and small group lunches, and serving as connector to an exterior learning terrace. 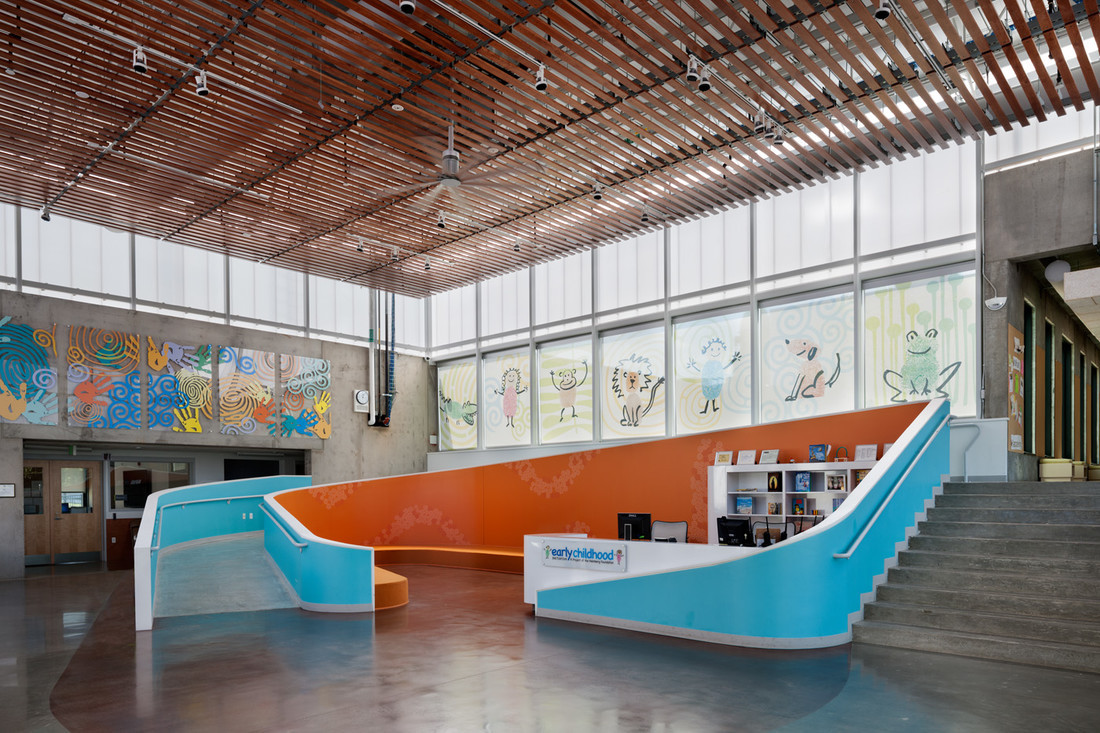 The school is a container for the teaching vision
An evolving and innovative curriculum was fundamental in informing the design process. The school’s learning spaces are designed to permit flexible reconfiguration according to changing student ages, needs, and activities. 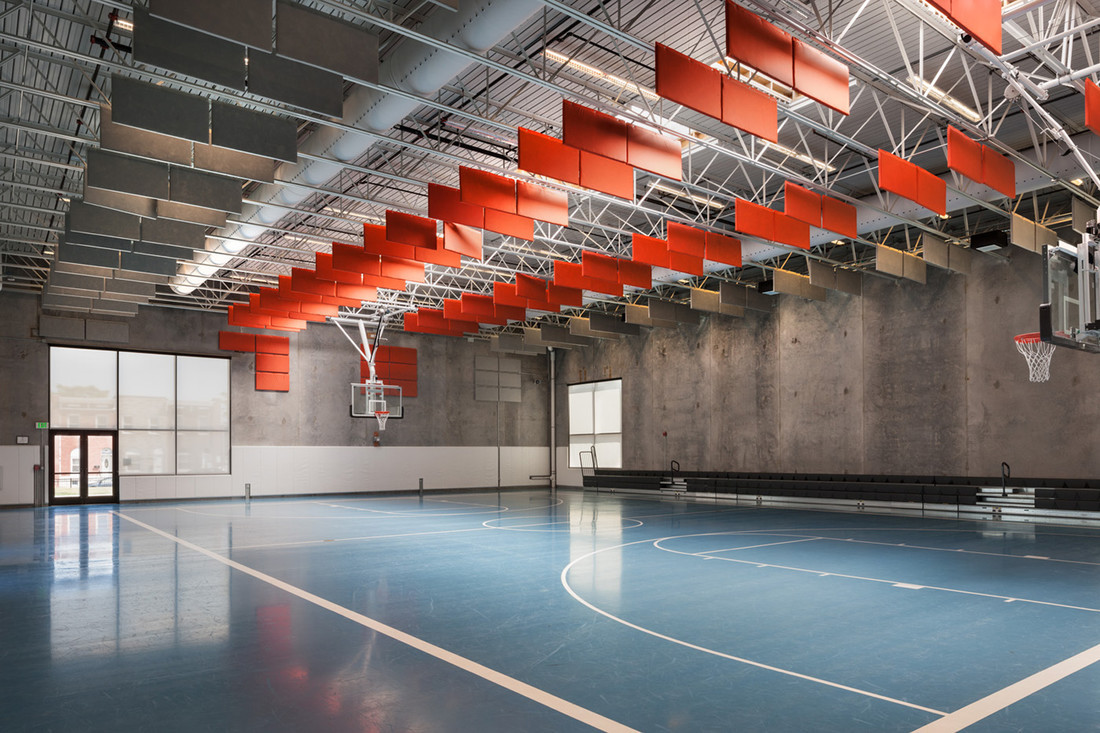 Shared Community Resources
Housing innovative early learning and childcare, Henderson Hopkins also includes a family resource center, a library, an auditorium, and a gym. These all function as shared resources for residents and businesses. 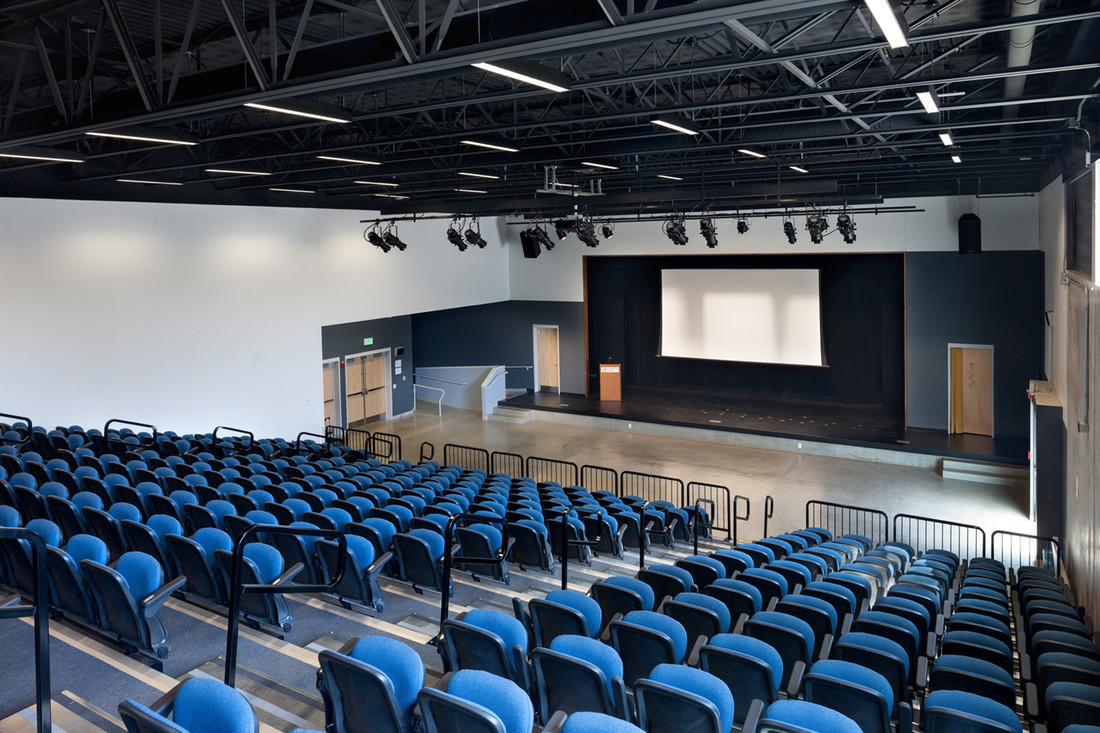 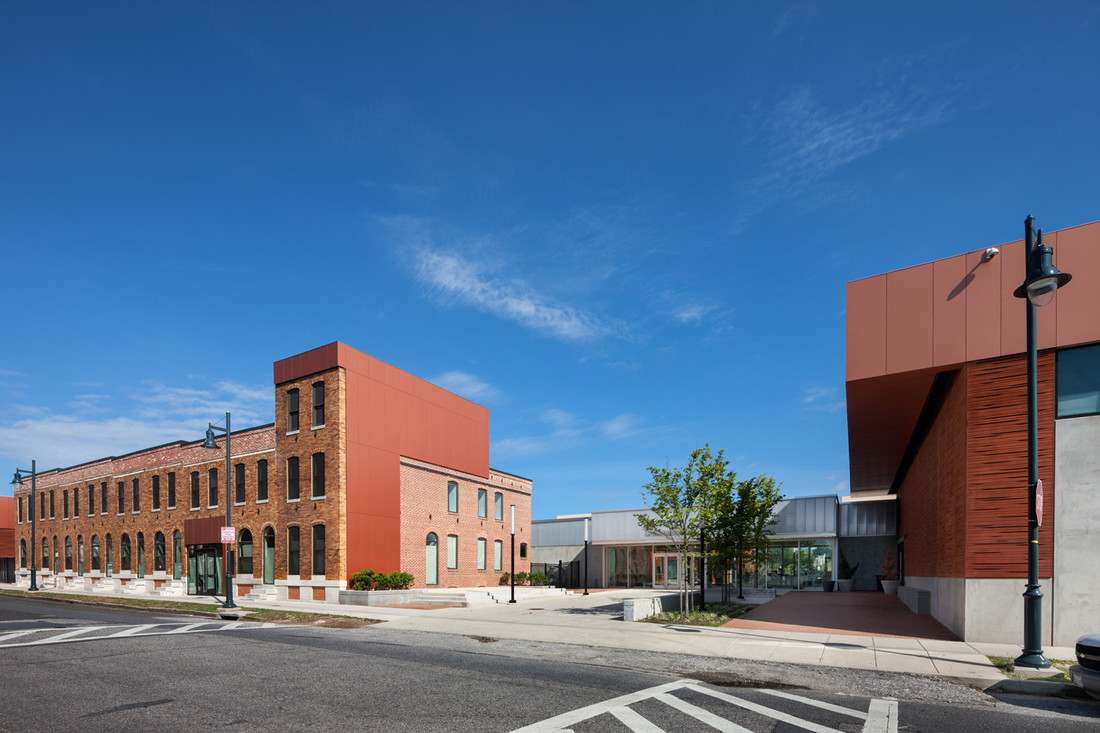 Ashland Entry
The identity of the building design grew around the scale and character of the historic row homes along Ashland Avenue, which are preserved and revitalized to serve as the school and community library. 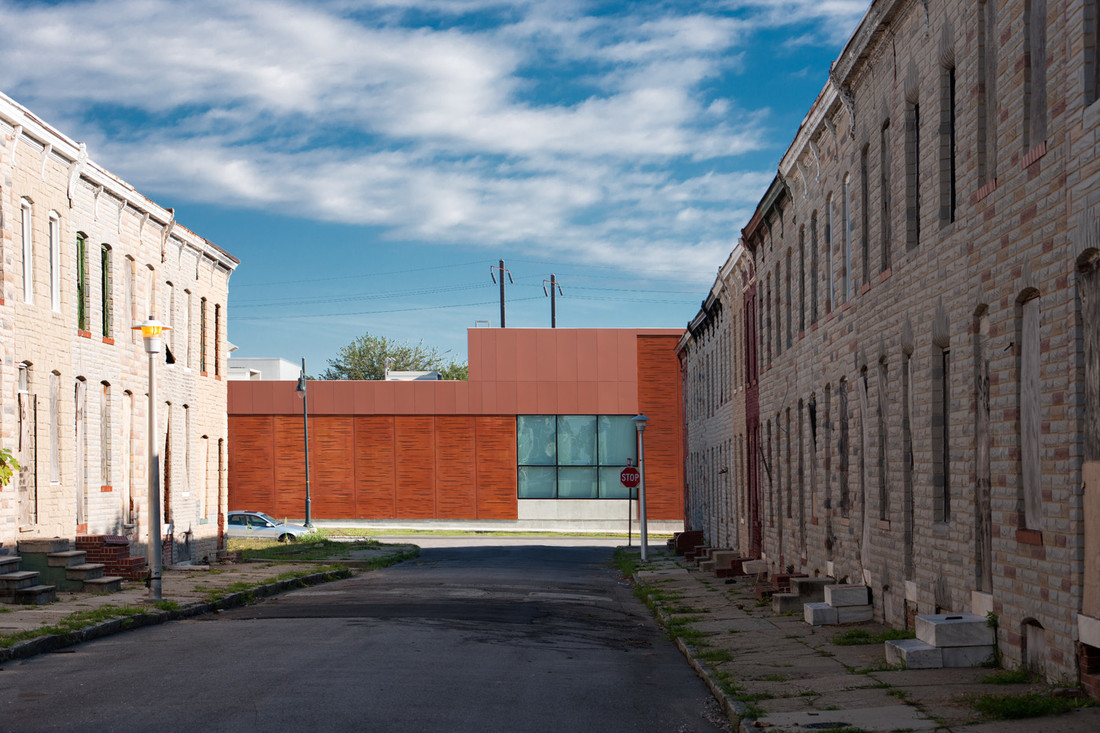 A building of its place: Henderson Hopkins reflects the scale, composition, pattern, rhythm, and details of the East Baltimore’s historic row homes while conveying an identifiable modern and civic quality. Marble stoops were reused, façades made to step down along the street, even the ubiquitous neighborhood form-stone was reimagined in the grooved concrete pattern. 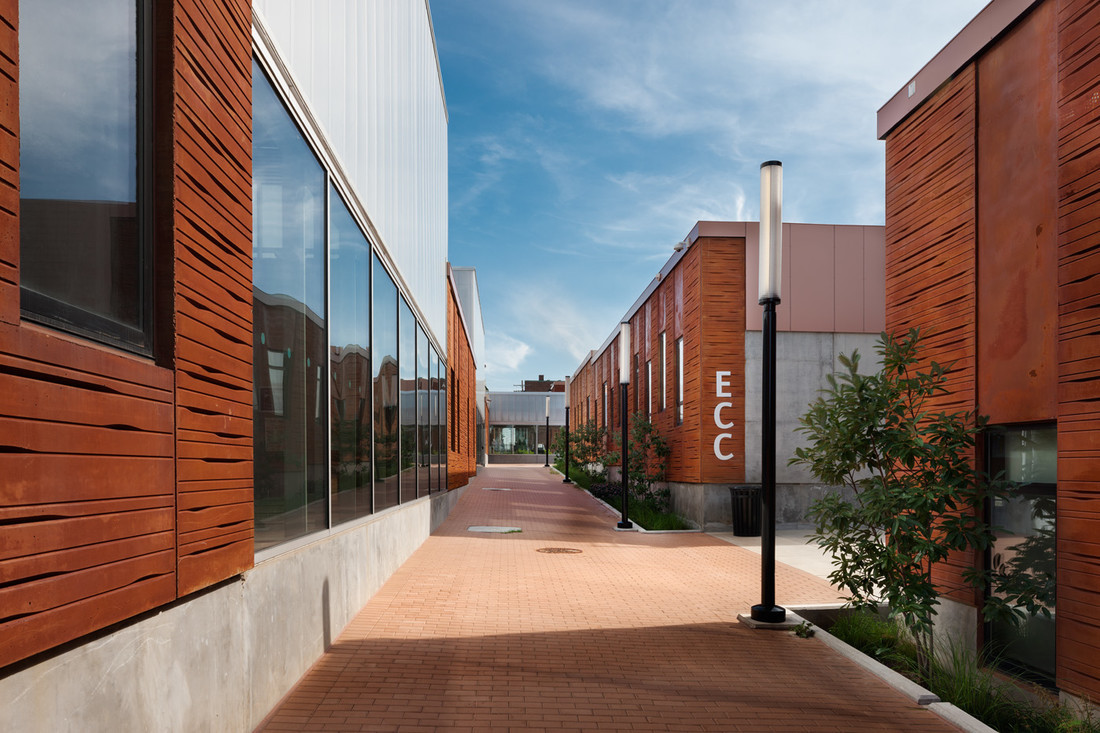 Inside and out, public spaces are designed to encourage the development of motors skills, chance and planned social interactions, and collective engagements appropriate to the age groups.