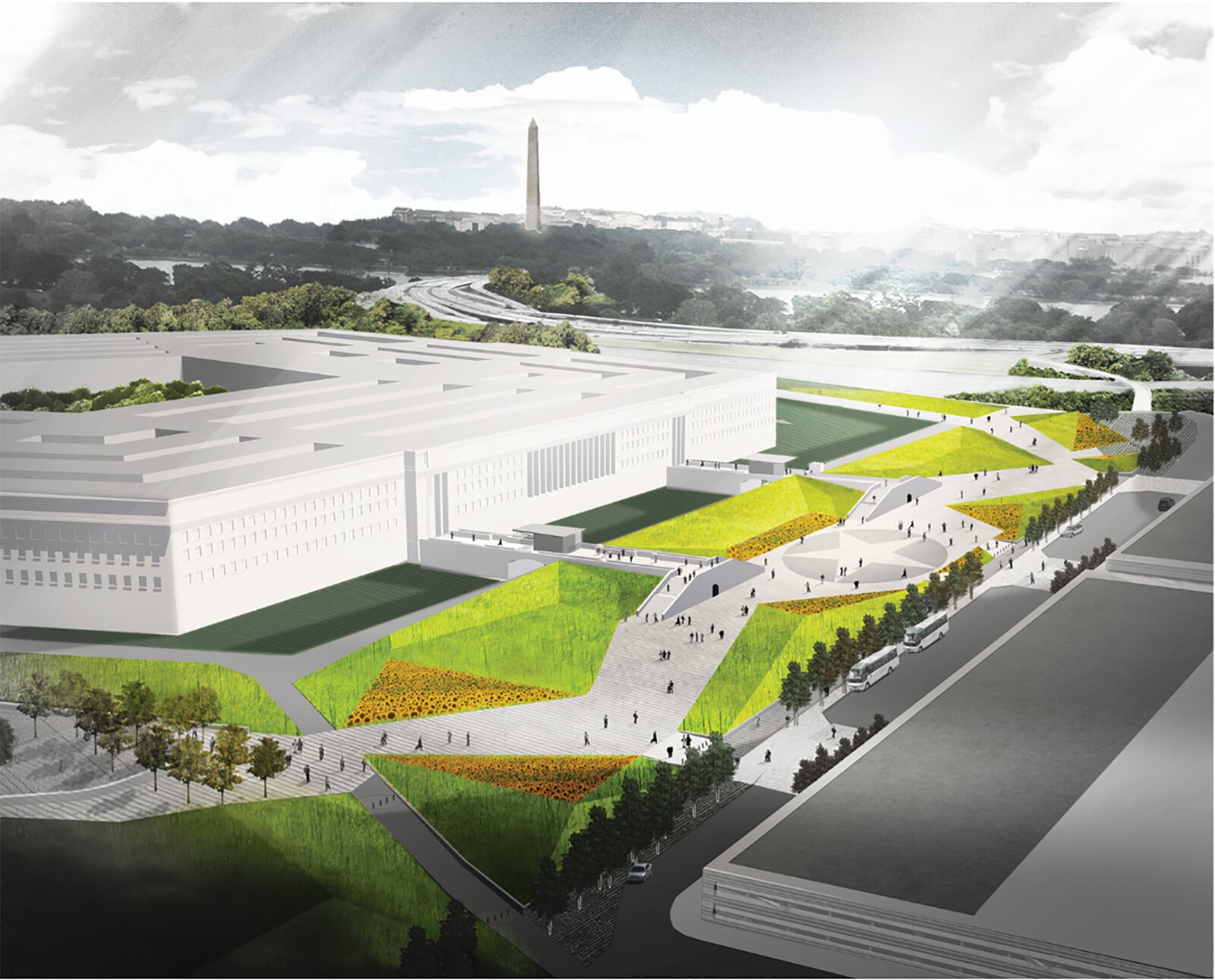 Marvel was hired by the U.S. Department of Defense to implement a portion of the Pentagon Reservation Master Plan in Washington, DC. The scope of this program included design of a new pedestrian plaza to convey visitors and workers into the primary pedestrian entrance of the Pentagon. 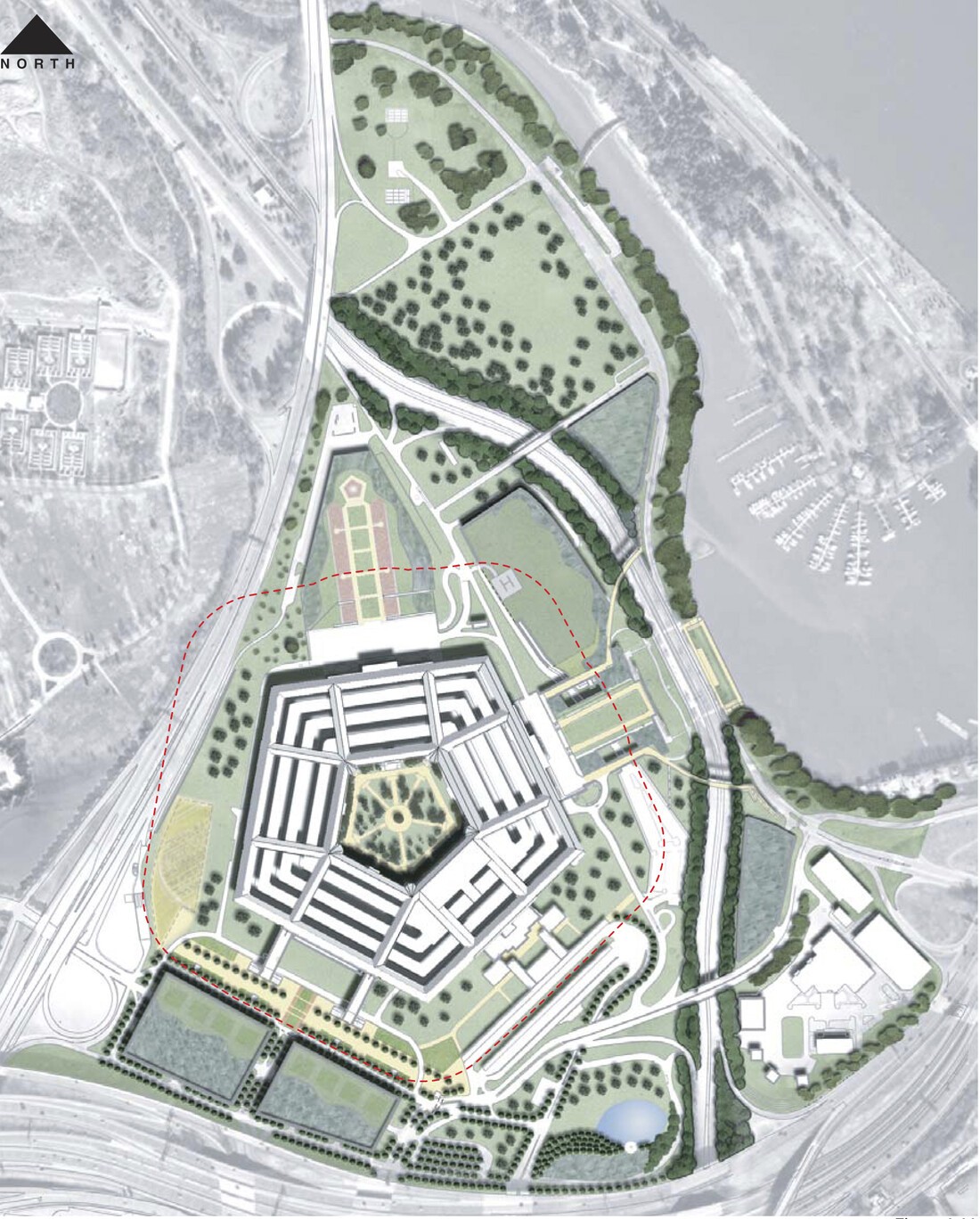 Site Context
Through extensive research into the history of military landscape fortifications, the design team identified methods for the conversion of historic military earthwork typologies into relevant modern security strategies relevant to the Pentagon campus. 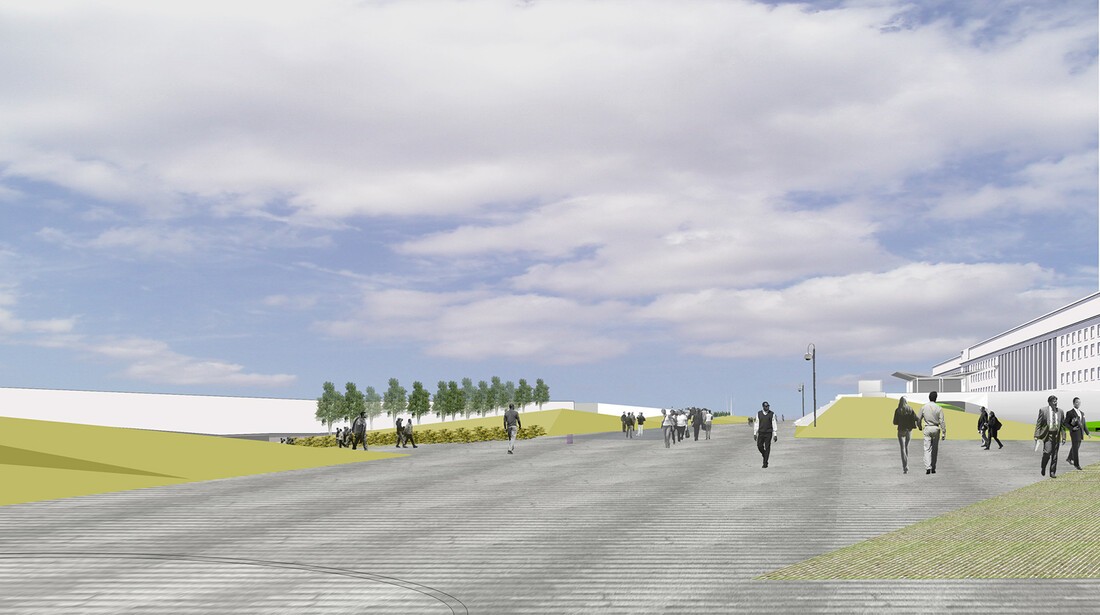 This particular approach to landscape addresses practical security concerns while creating usable and human-scale public space for visitors to the Pentagon as well as 30,000 on-site employees. Visitors to the Pentagon 9/11 Memorial will use the pedestrian plaza to access the site from multiple modes of transportation including the DC Metro, shuttle bus service and private vehicles.

Plan
The new plaza is designed to become the primary locus where both Department of Defense employees, visitors, and the general public will interface with the entire Pentagon campus. It will also visually and physically connect the Pentagon’s public space with the larger park system of Arlington National Cemetery and the parks along the Potomac River.