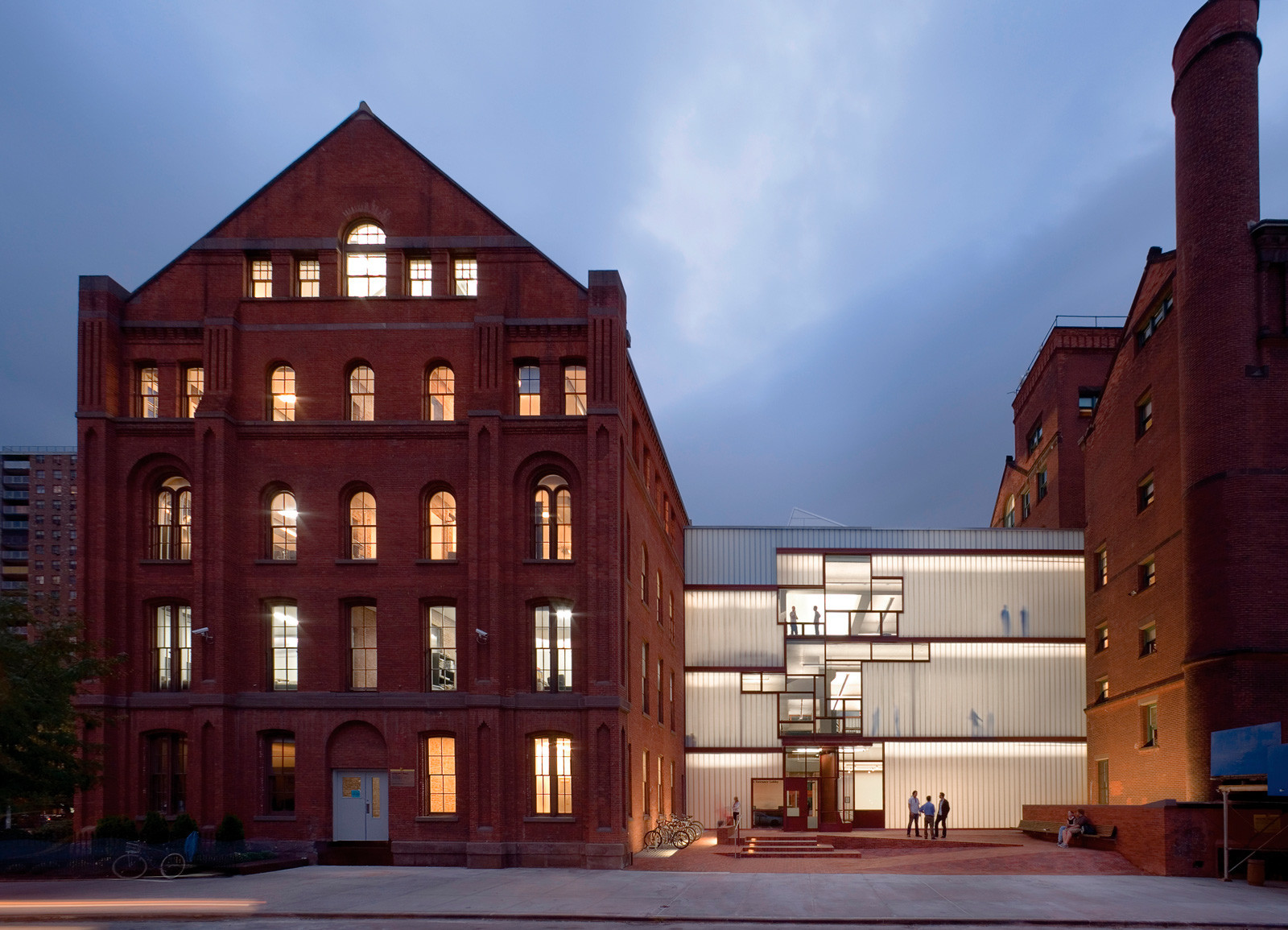 The Pratt Institute Higgins Hall is a historic landmark and home to the Institute’s School of Architecture. The site was almost consumed by a four-alarm fire which destroyed the central wing, gutted the north wing to its masonry shell and laid bare the building’s six previous constructions. 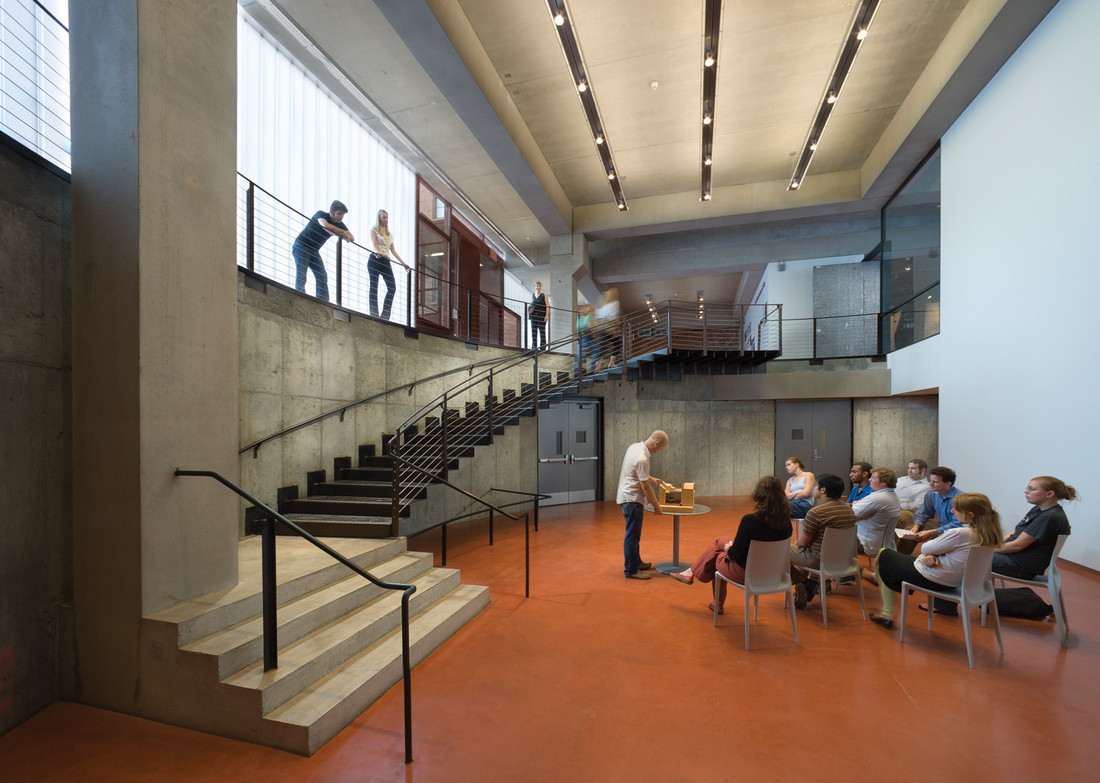 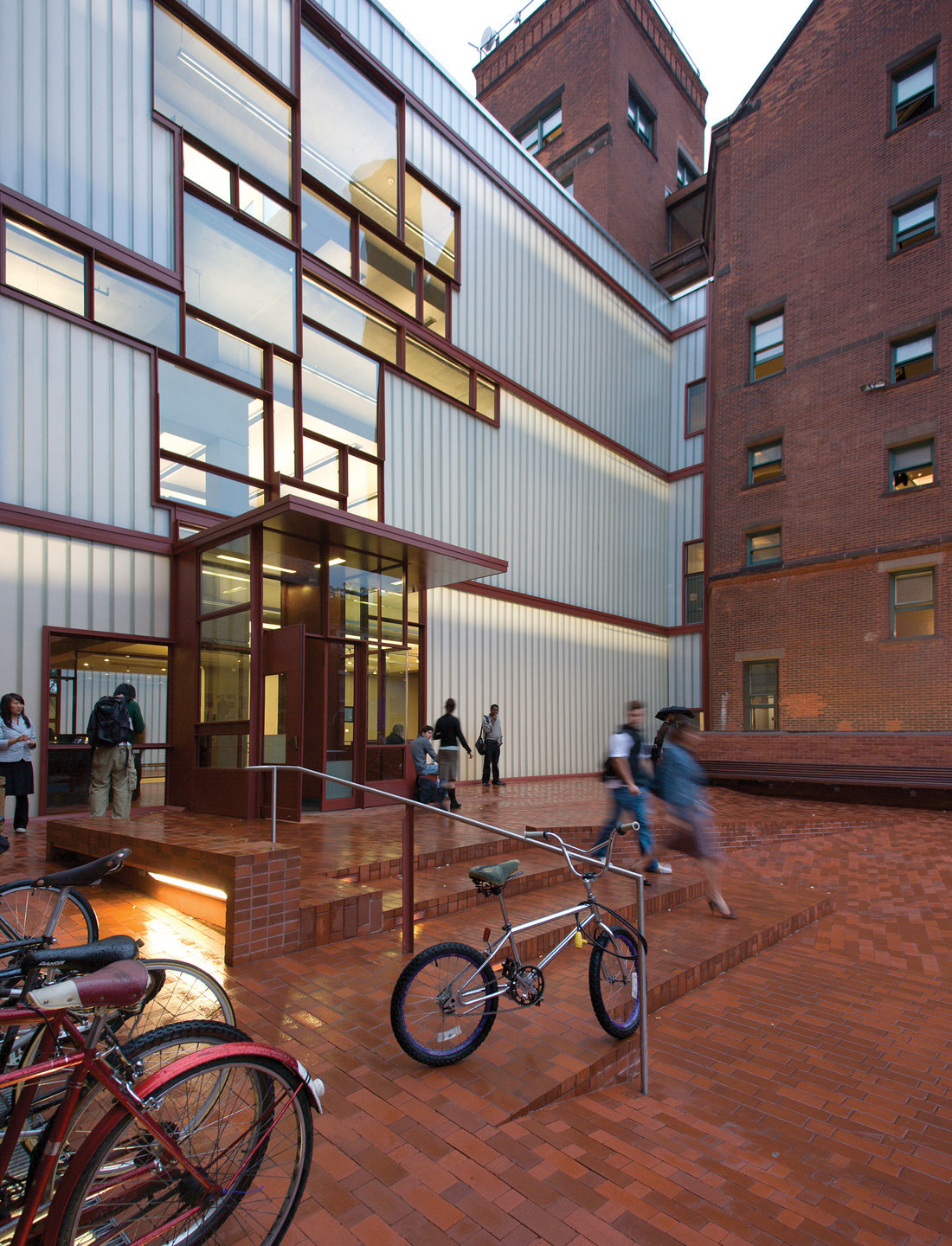 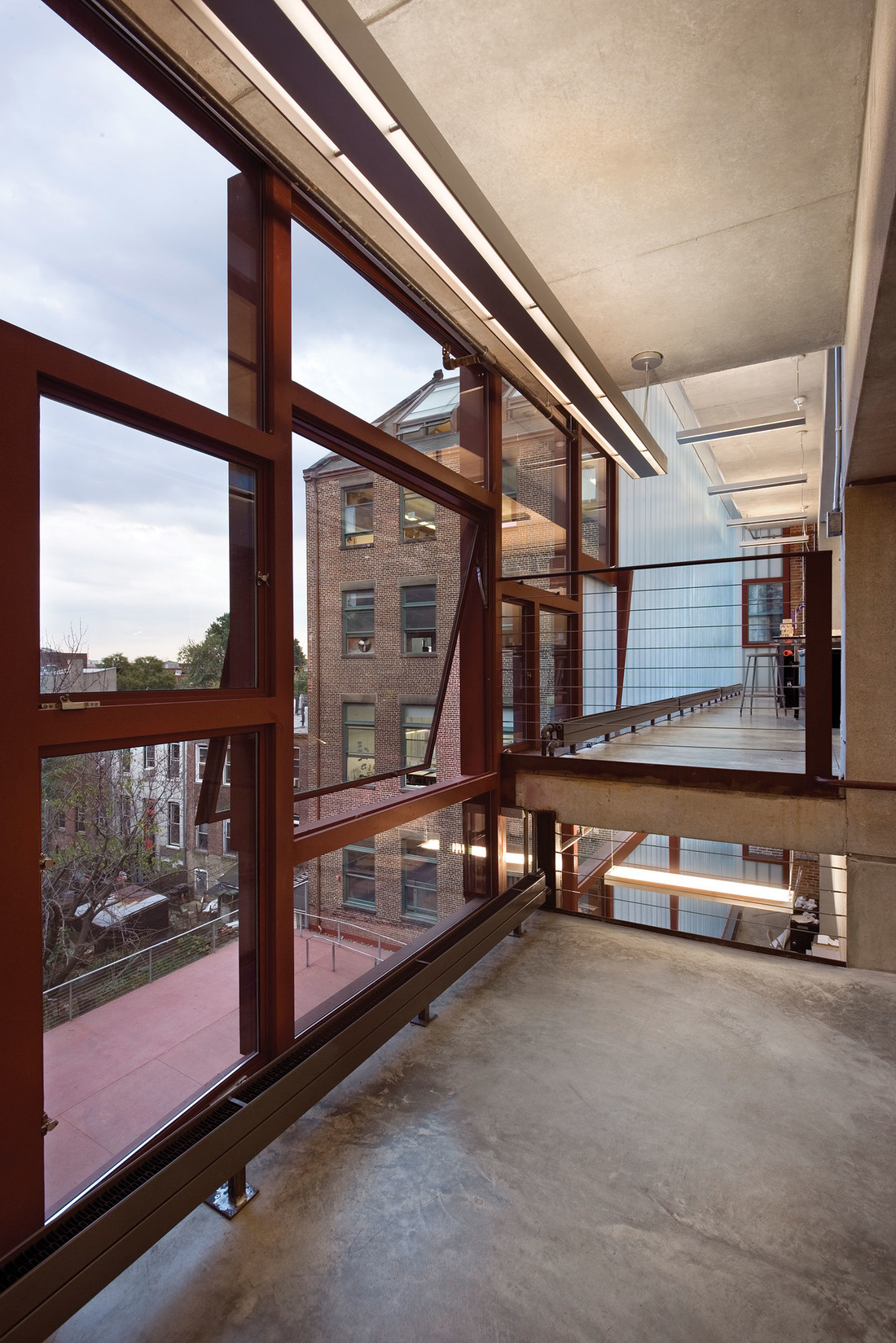 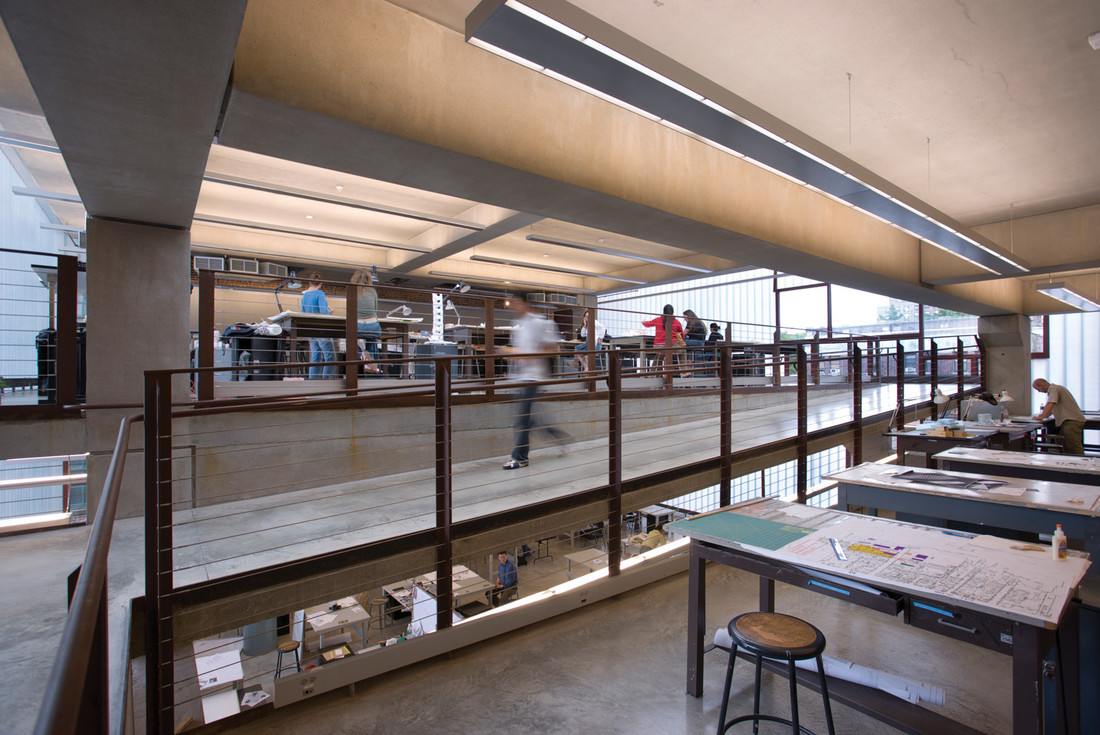 With a series of ramps and stairs and open studios, the central wing negotiates significant floor height differences between The North and South wings. 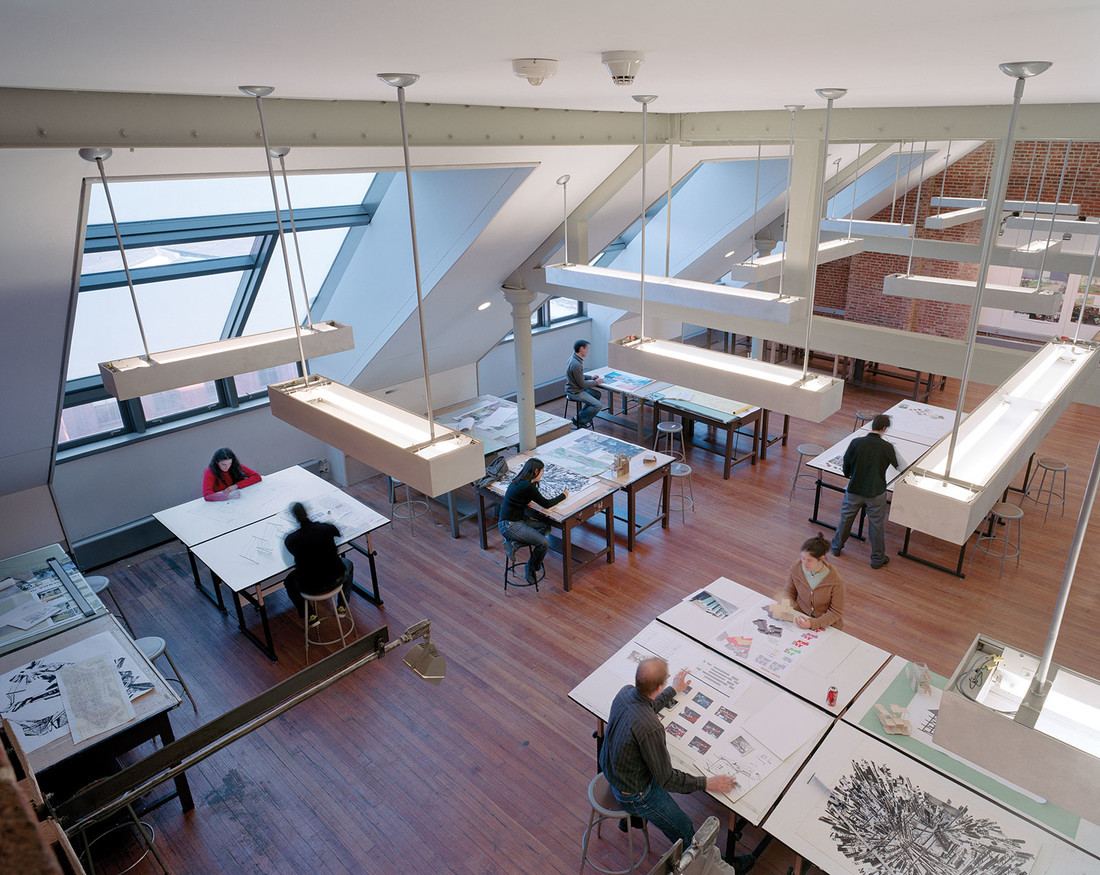 The existing roof structure of the south wing studio was stabilized and given new windows, with a combination of clear and translucent glass and fixed and operable frames for diffuse light views and air. 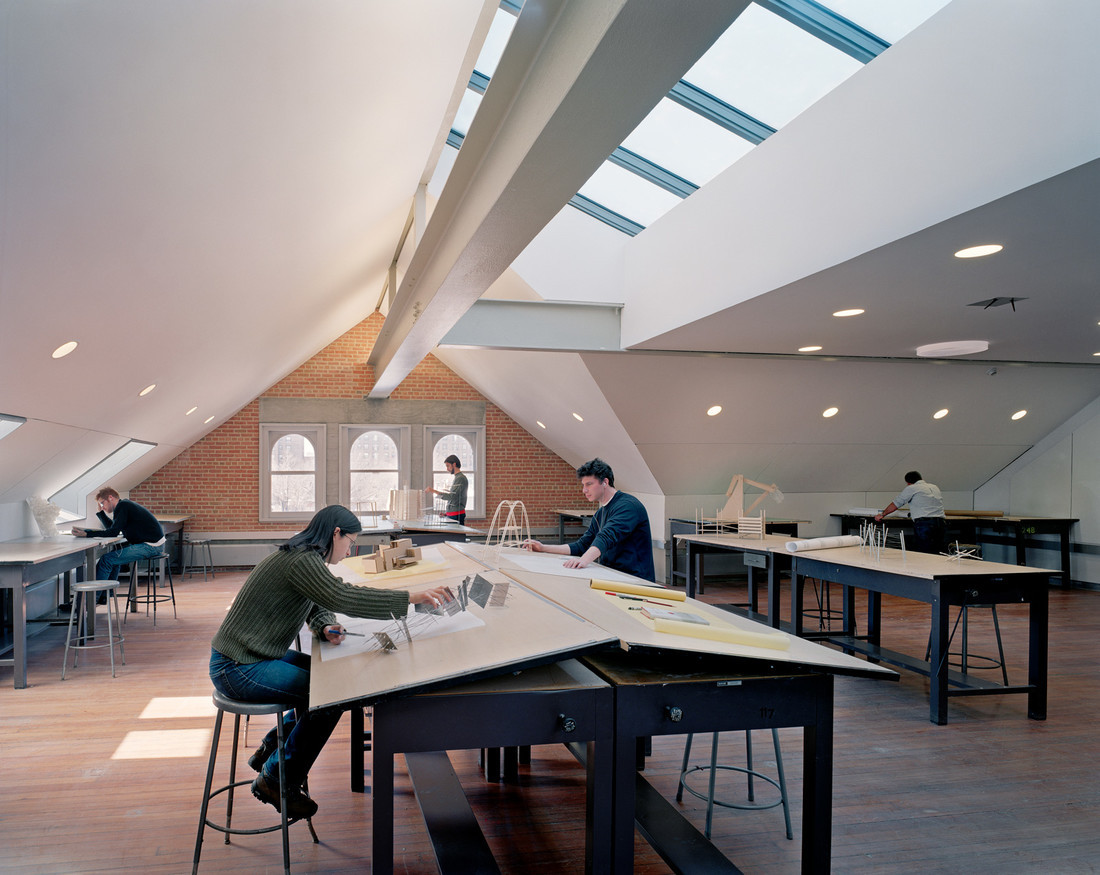 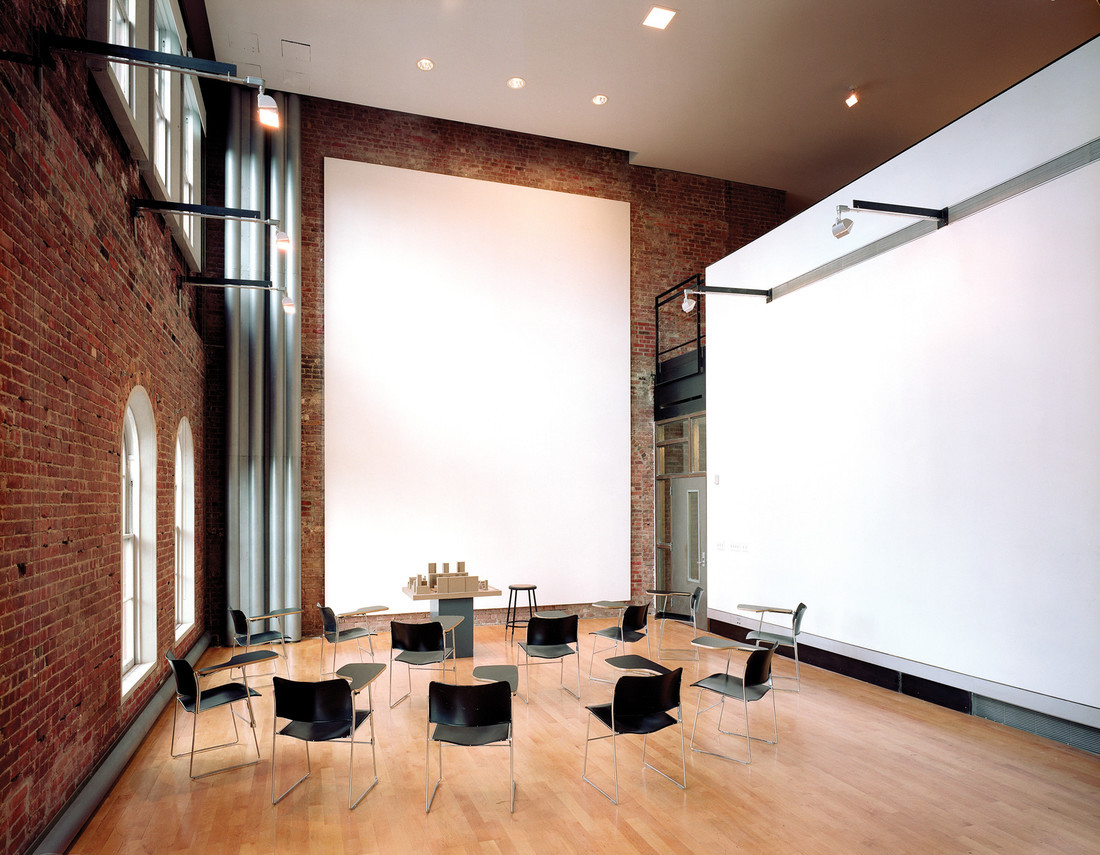 The crit space with views from above is situated in a double height space created by the fire. 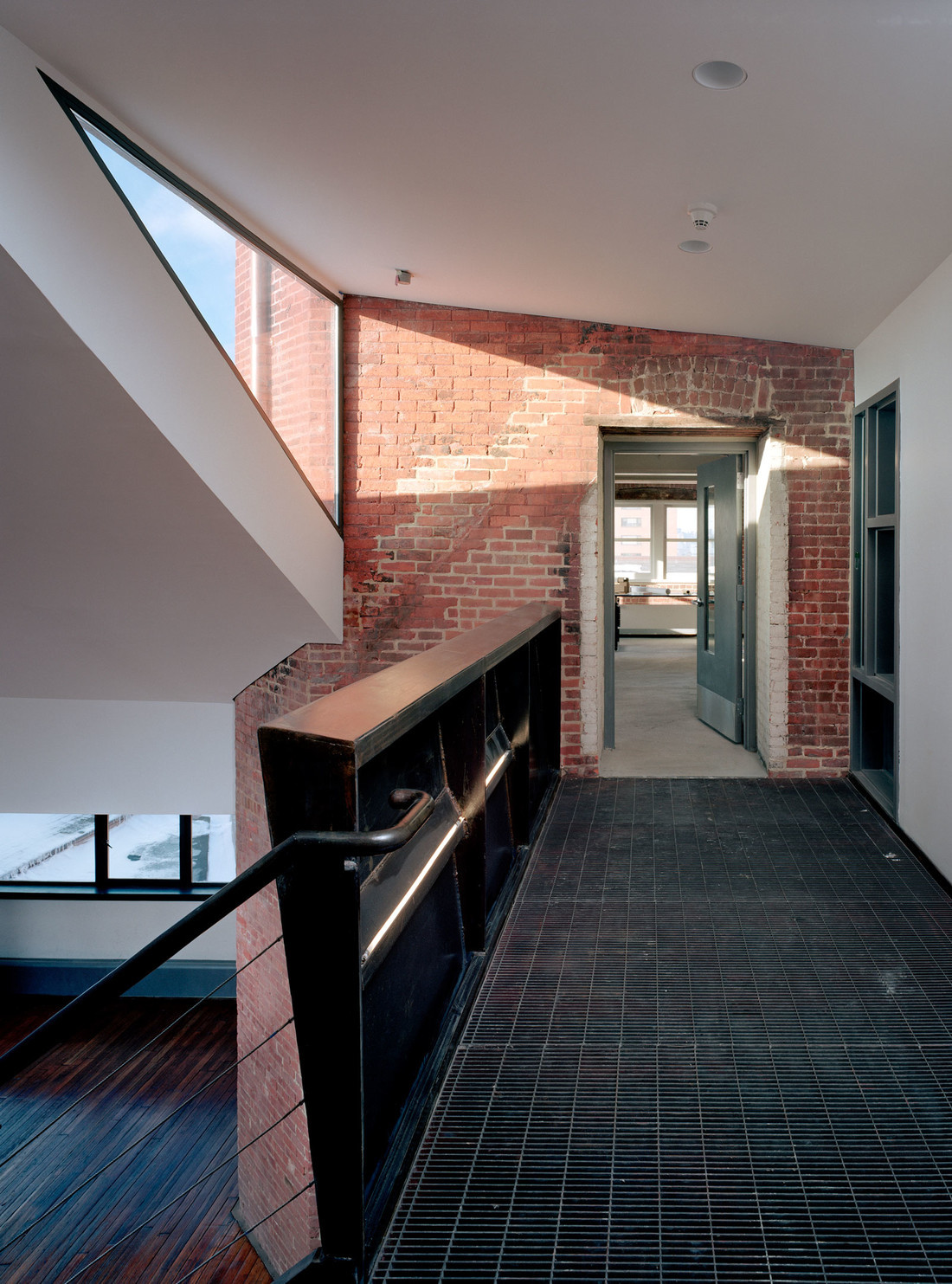 At the fifth floor mezzanine, a new opening in the reconstructed hipped roof gives an unexpected view. 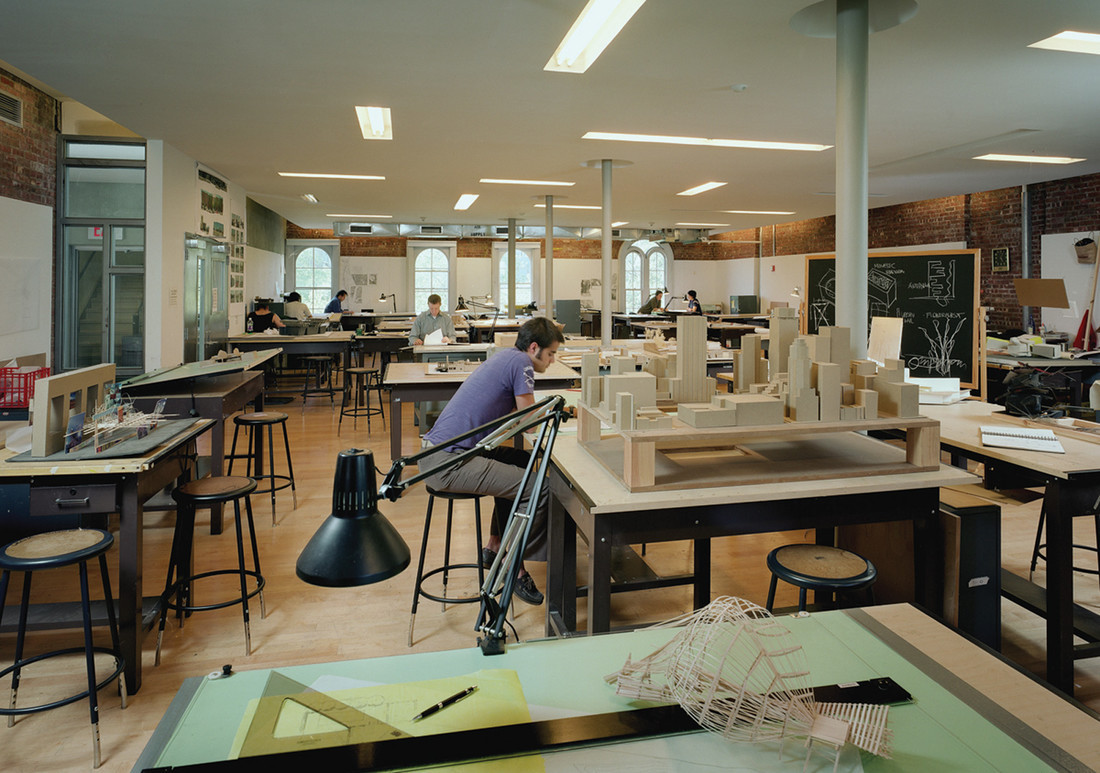 The ceiling of the north wing studio floats away from the walls and columns. 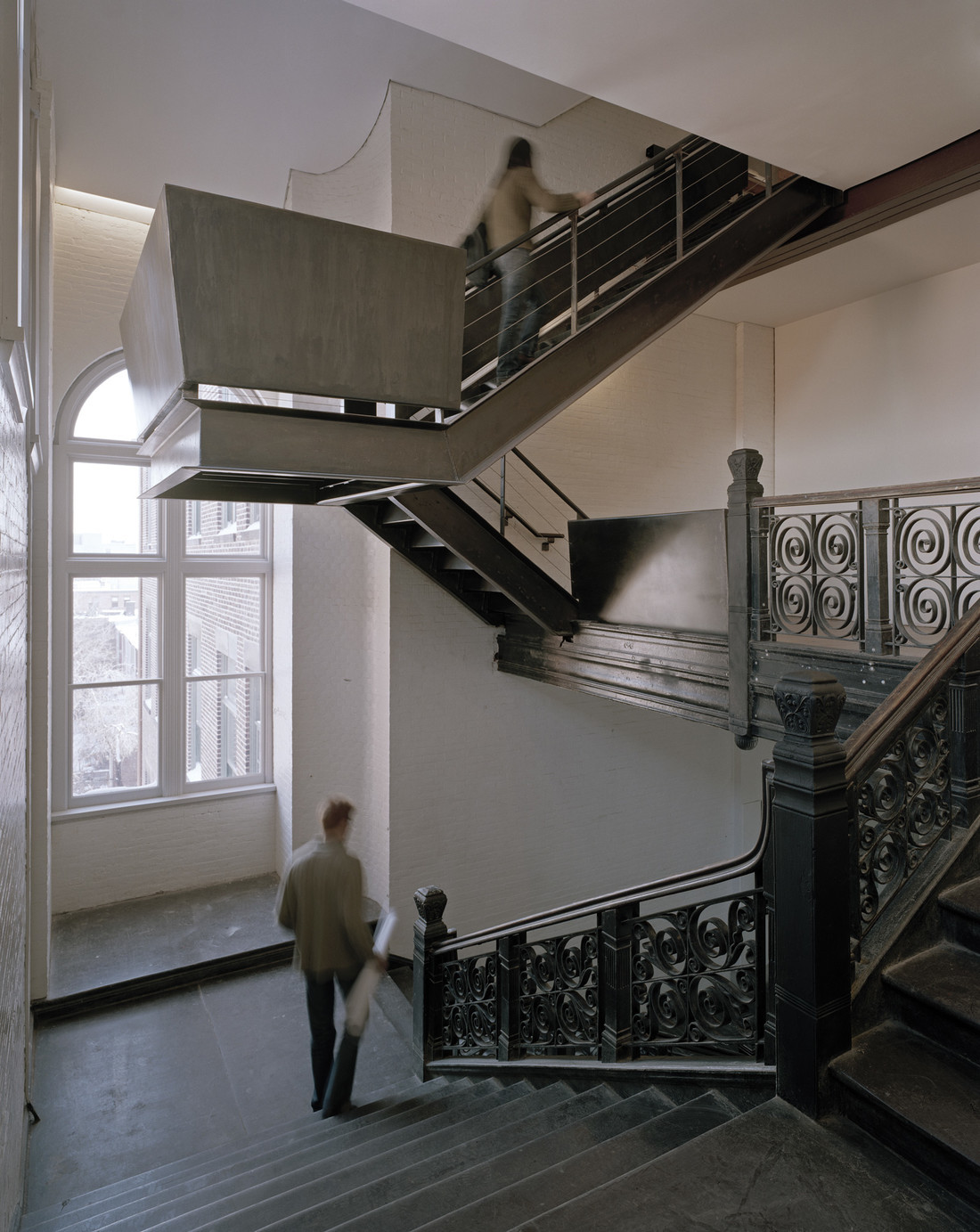 A new blackened steel stair joins the historic cast iron one in The South Wing. 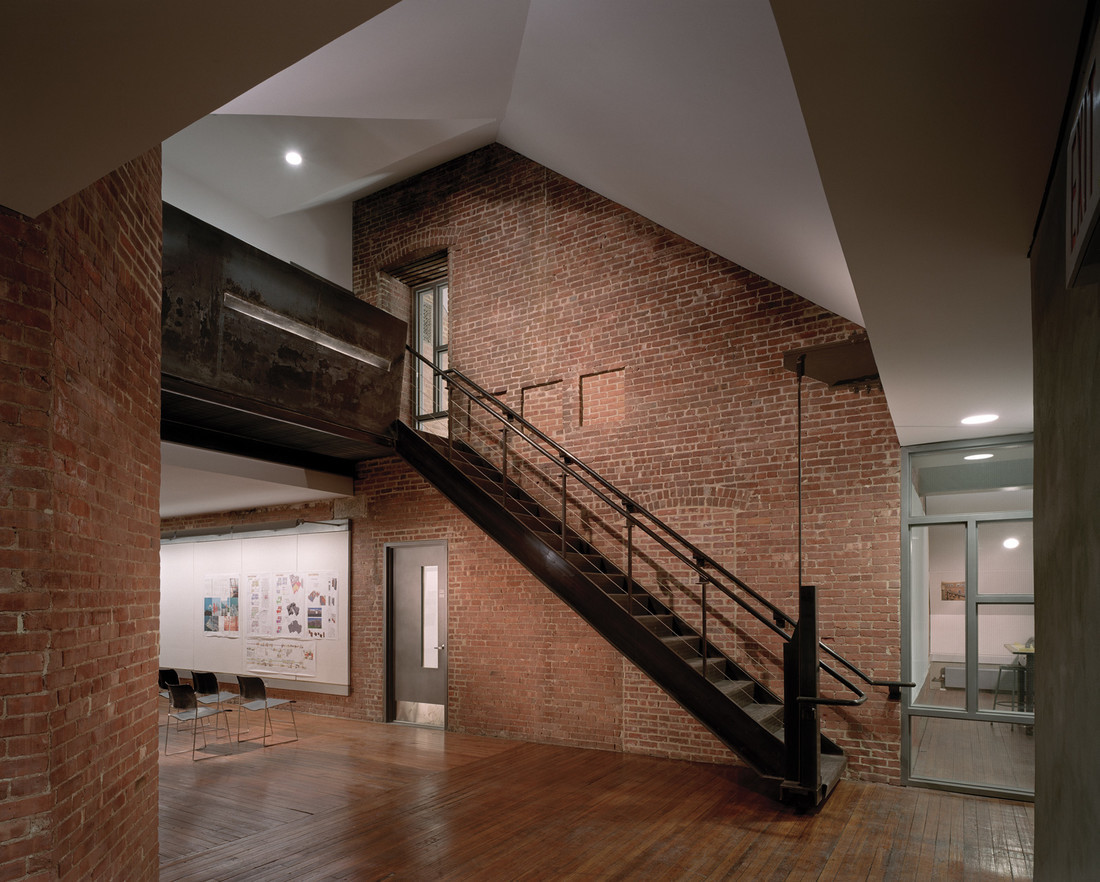 The building’s past lives can be read in the brick. A steel stair from the fifth floor mezzanine is hung from a new structure, created from the reconstructed south wing roof, allowing the existing floor to remain untouched. 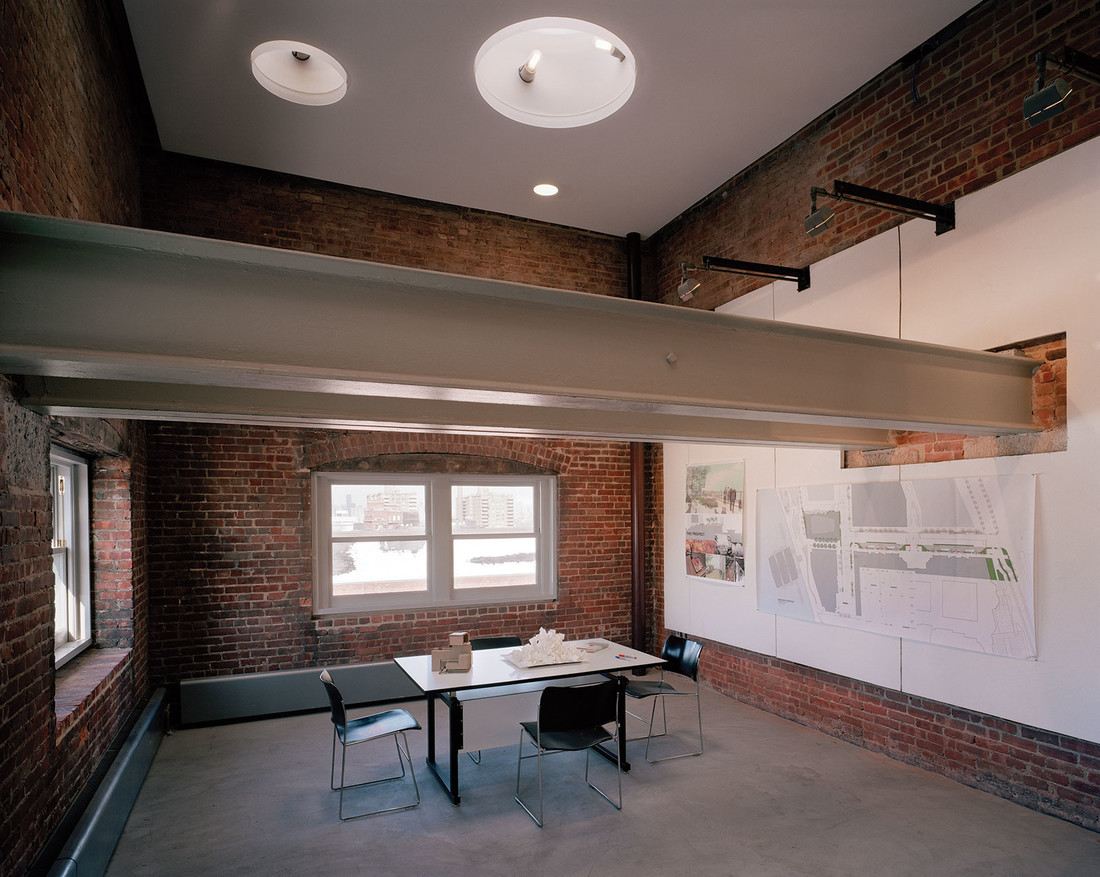 Beams that supported a large telescope when the building was the Adelphi Academy sail through a review space. 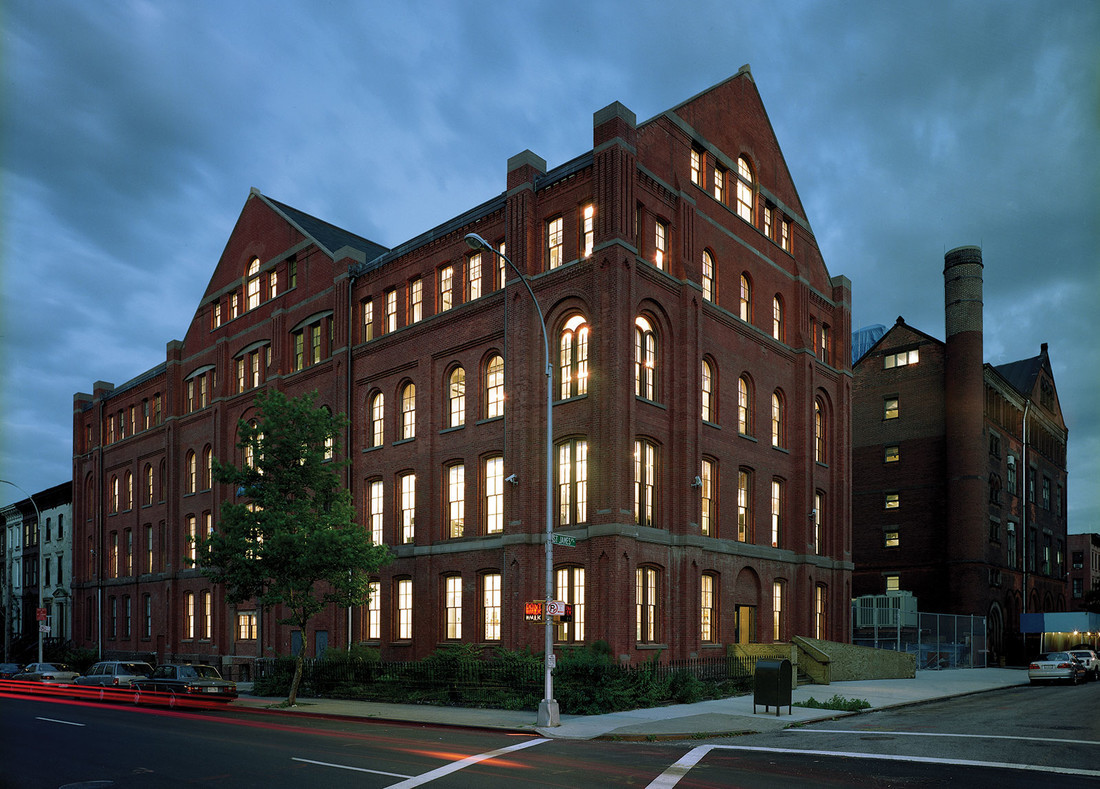 The restored Higgins Hall, prior to completion of the central wing. The north wing at the corner, south wing is beyond.