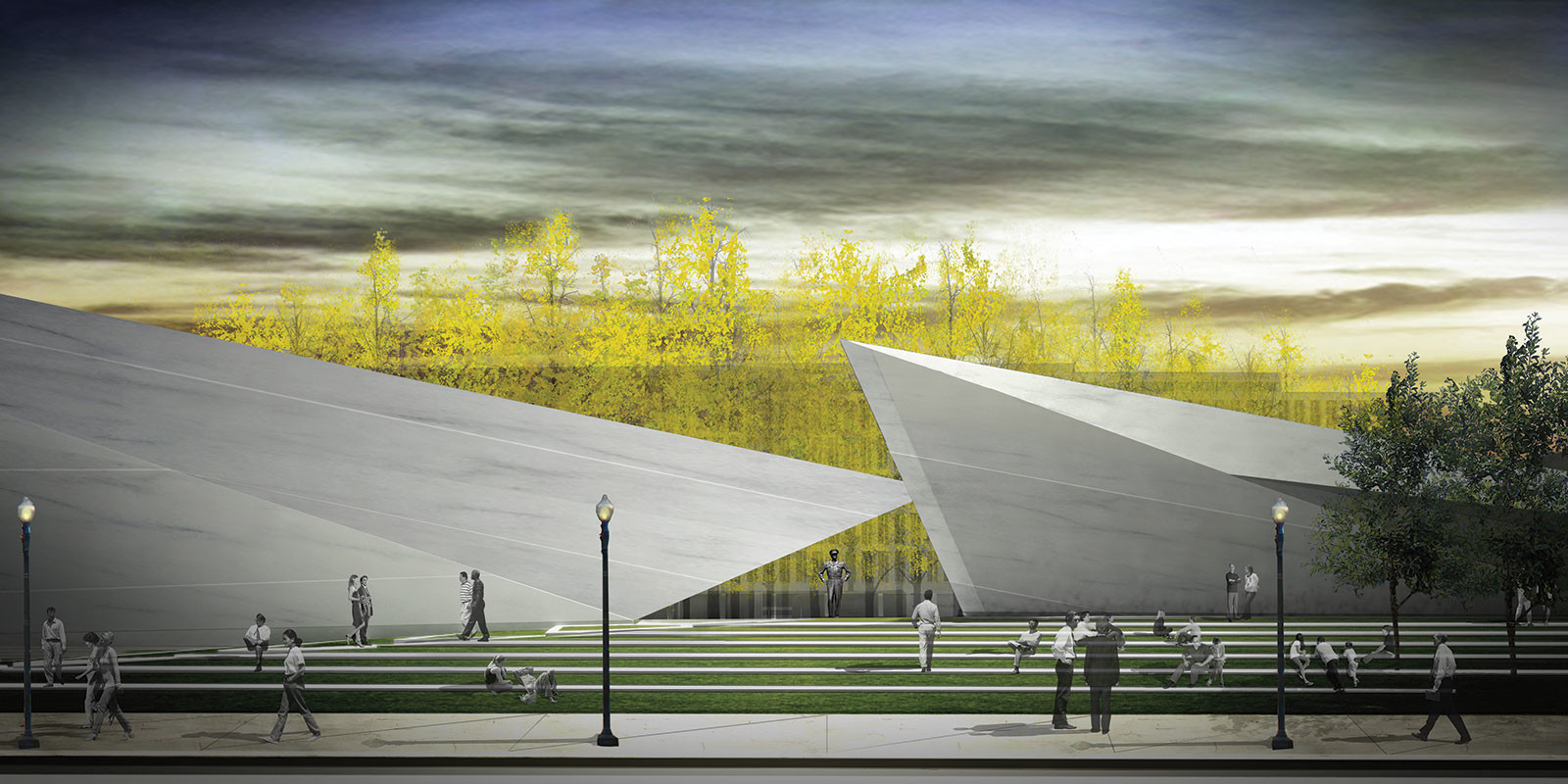 Marvel Architects was one of four finalists for the Dwight D. Eisenhower Memorial, a 4-acre site on Independence Avenue SE, for the US General Services Administration.“Gently in Manner, Strongly in Deed.” Motto on Dwight D. Eisenhower's paperweight “Fortiter in re, suaviter in modo.” -Attributed to Claudio Acquaviva, S.J. 1543–1615. 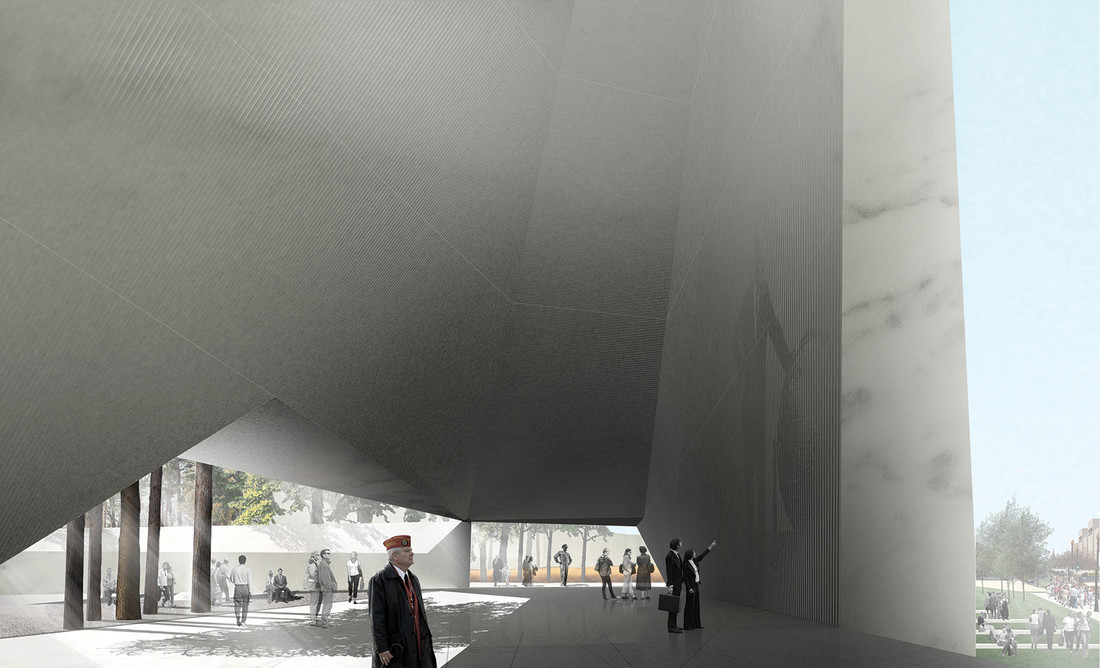 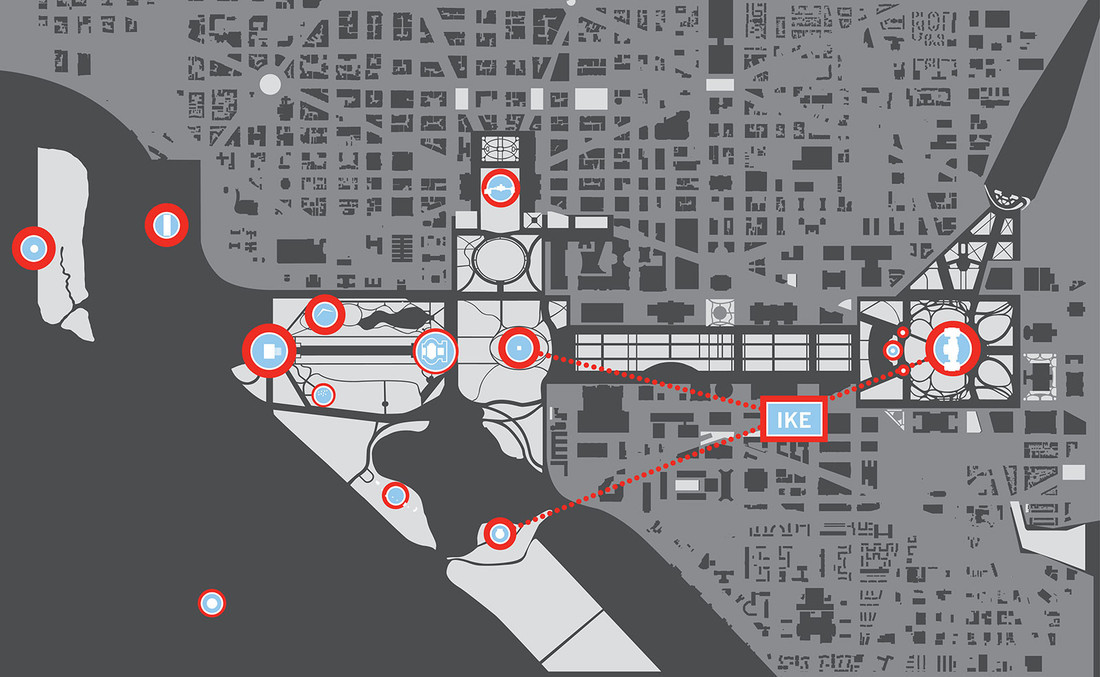 Washington DC Monuments
Washington’s monuments seen together tell the story of our nation.

The design is arranged about two primary axes. The first represents Eisenhower’s life, beginning with an Entry Pavilion housing the barefoot Kansan child and framing the Washington Monument (another President-General). The second axis represents the American Century, connecting a tall grass American Prairie and the Stepped Lawn with the Capitol Building along an interactive timeline following Maryland Avenue. 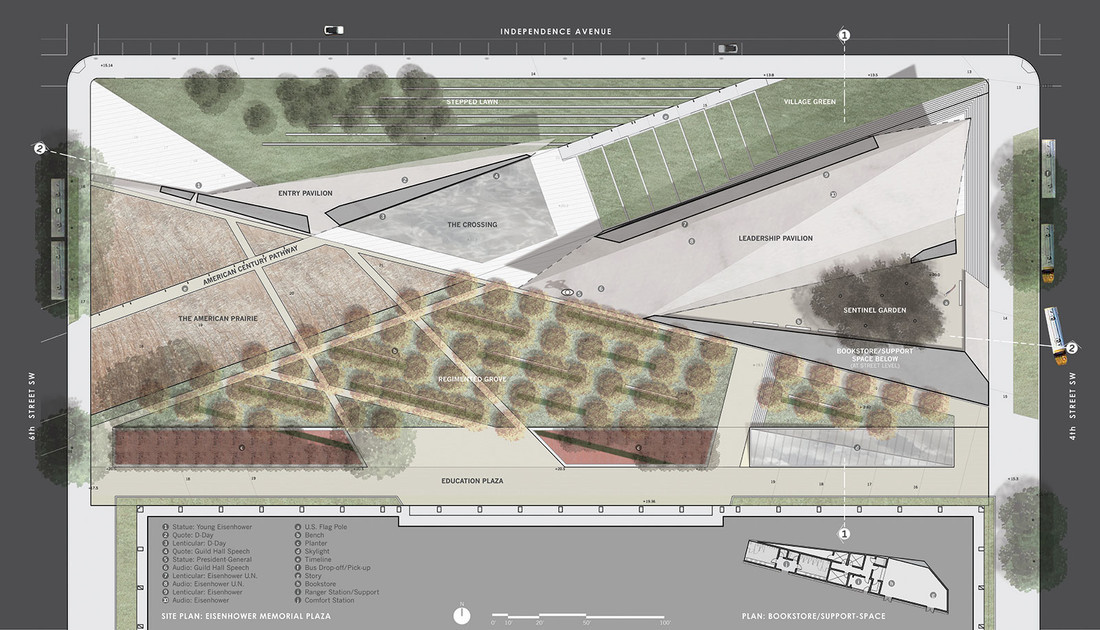 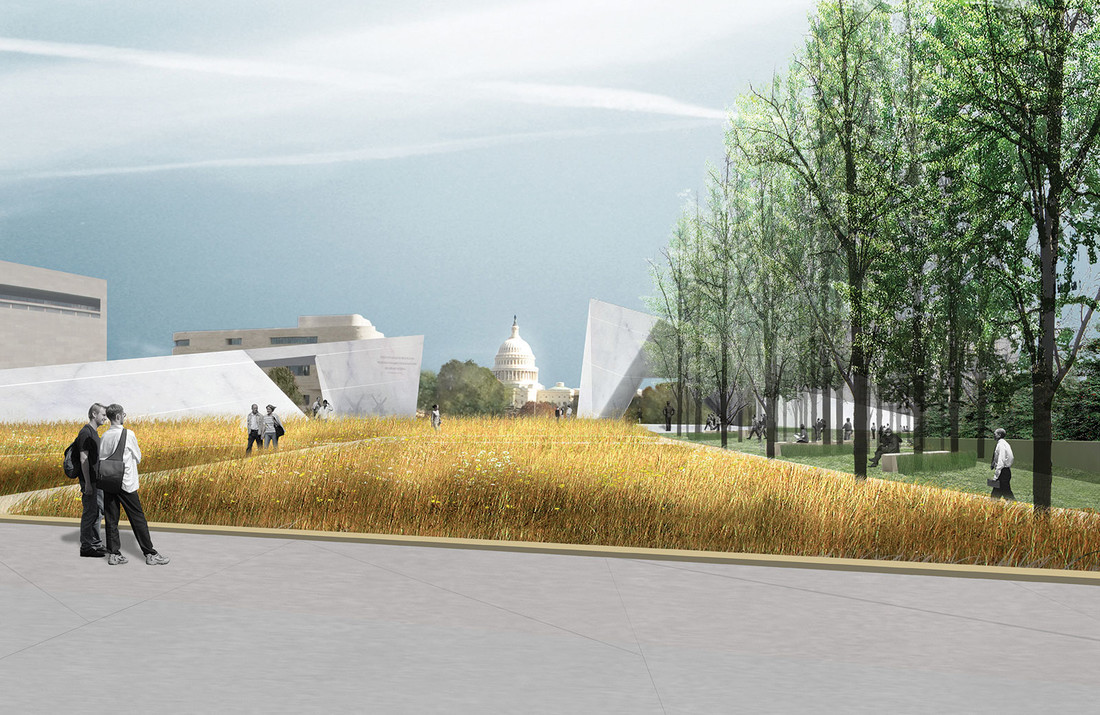 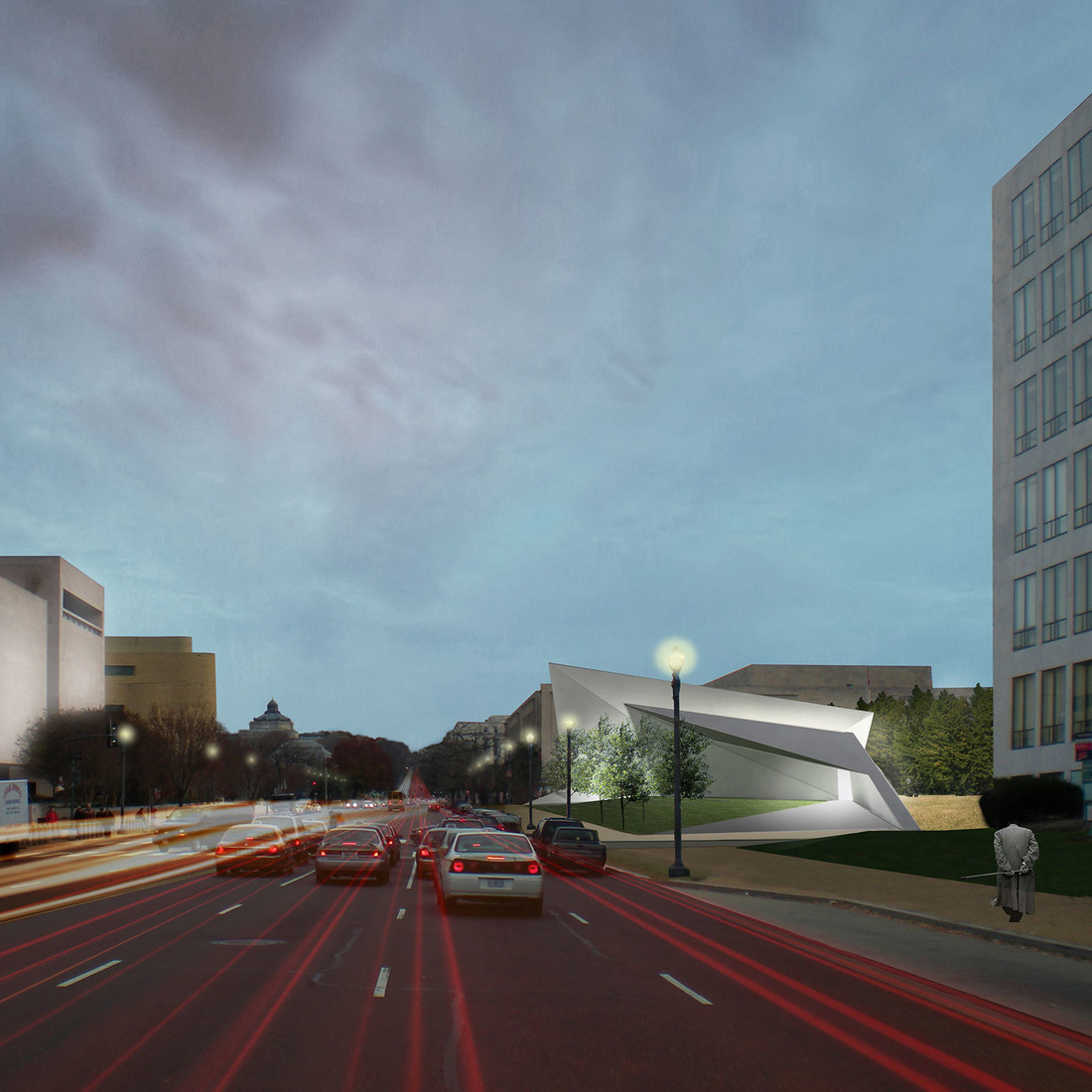 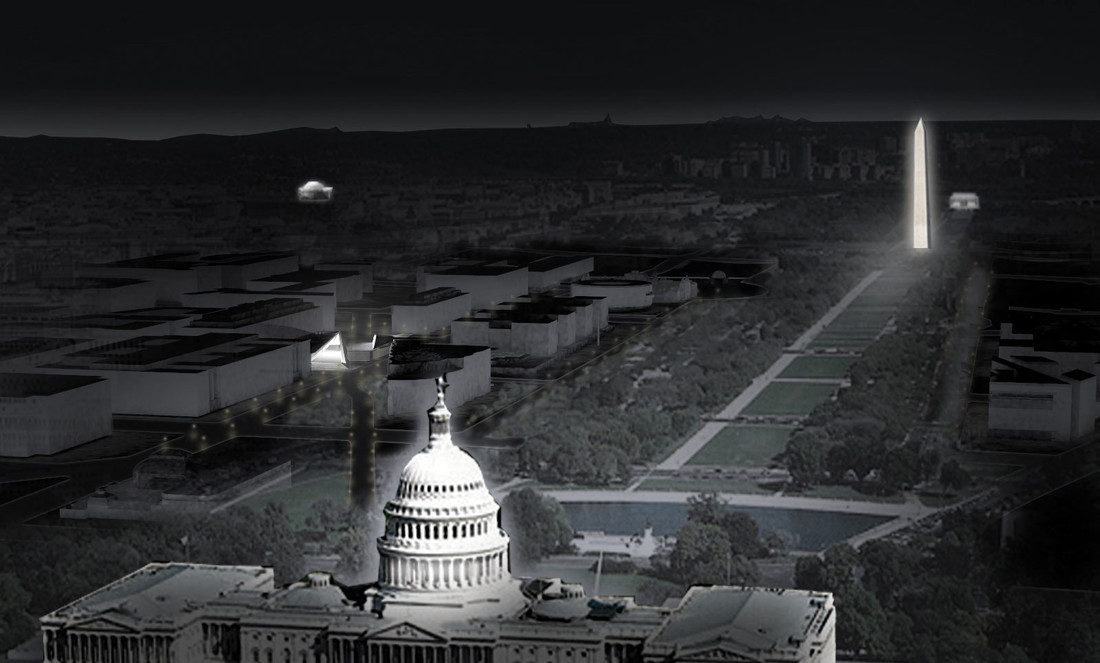 MEMORIAL SCALES
Monuments seen together tell the story of our nation.

URBAN SPACE - REGIMENTED GROVE
The urban scale ties the monument to the city and its people. 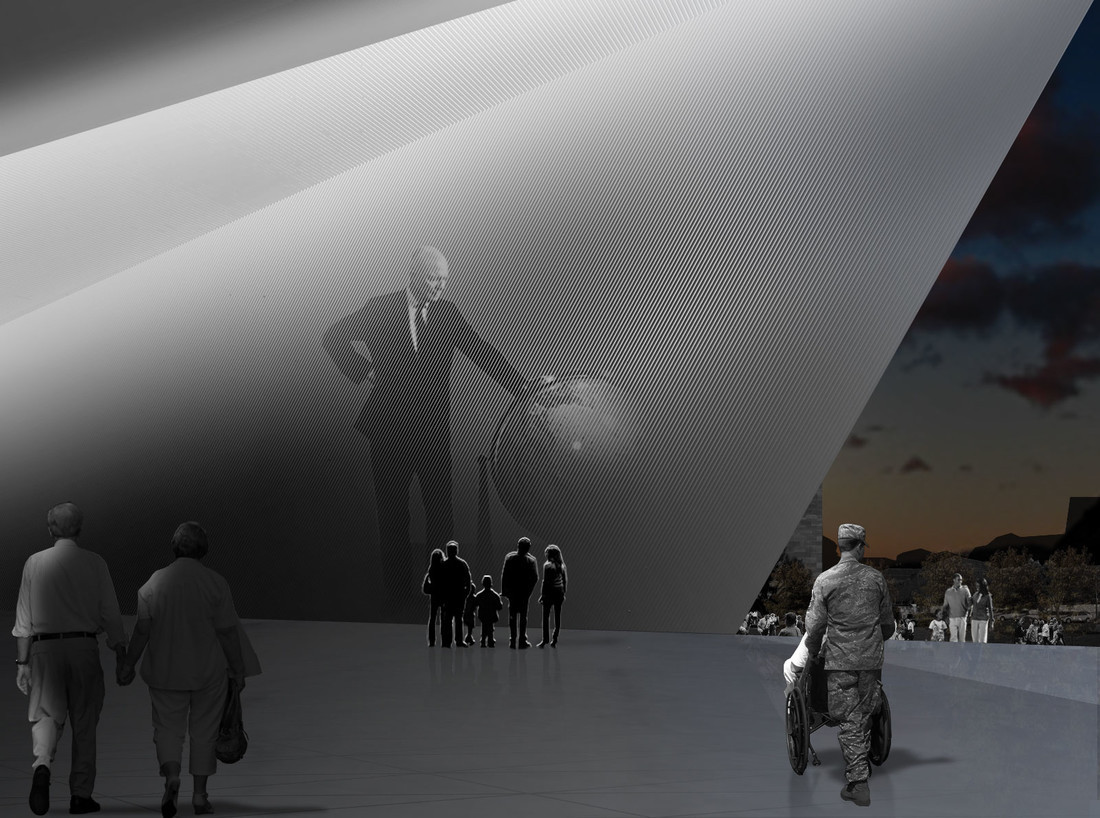 MEMORIAL CONTENT - LEADERSHIP PAVILION
The experience teaches and inspires with Eisenhower’s message of service. On the inner memorial walls of both pavilions, lenticular images on 3D-milled marble create powerful unfolding impressions of the man, his achievements, his words. Stone Lenticulars reveal significant images in conjunction with audio spotlights of Eisenhower’s life. An interactive digital application was also designed by Local Projects to provide opportunities to connect with visitors individual experiences. 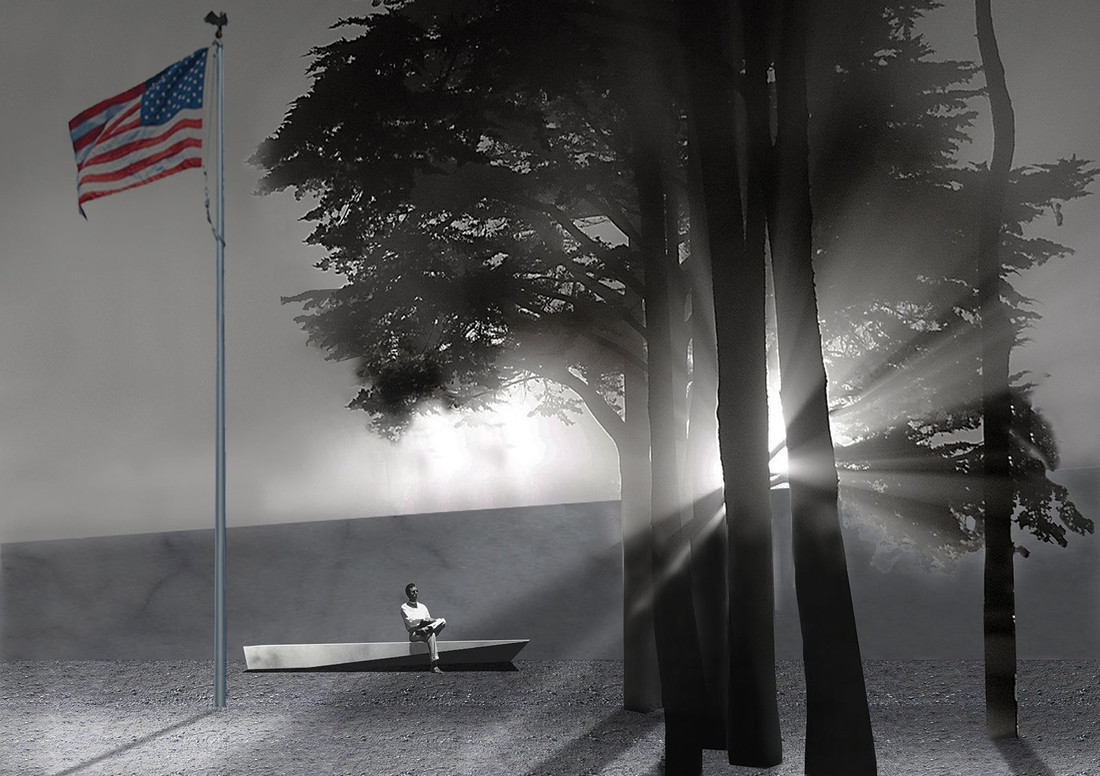 SANCTUARY - SENTINEL GARDEN
The Sanctuary is a place to reflect before returning to the realm of the city. 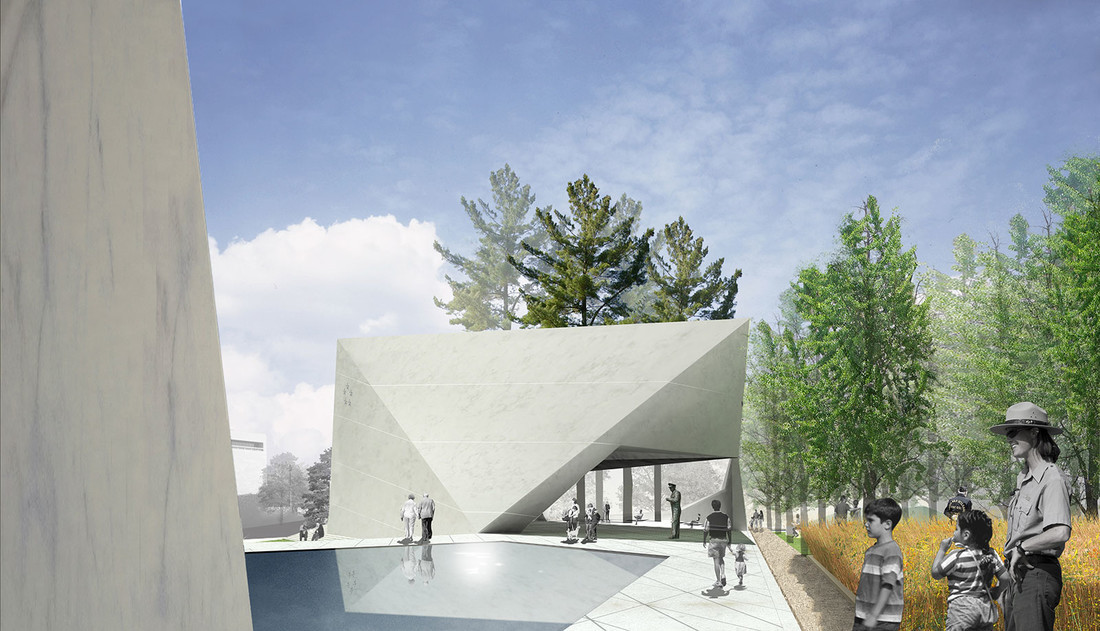 THE CROSSING
The pivotal moment. 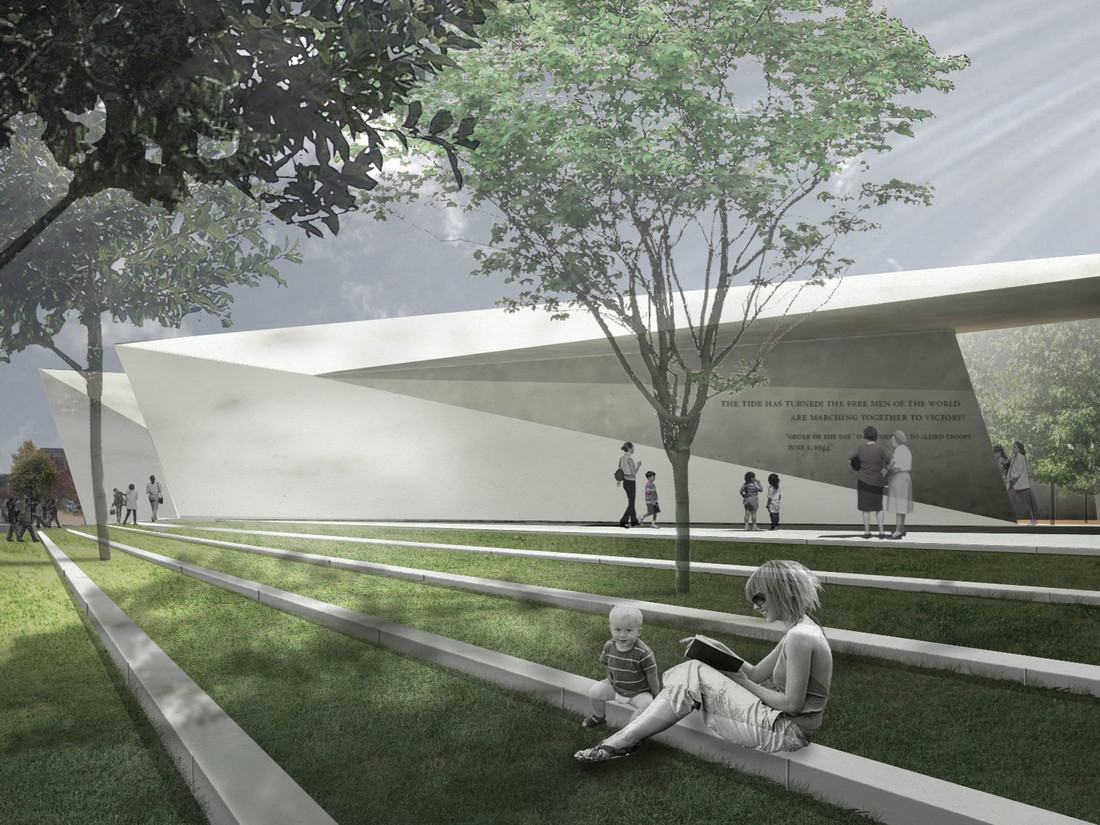 ENTRY PAVILION - THE FORMATIVE YEARS
From West Point to the Philippines, a lifetime of military service. 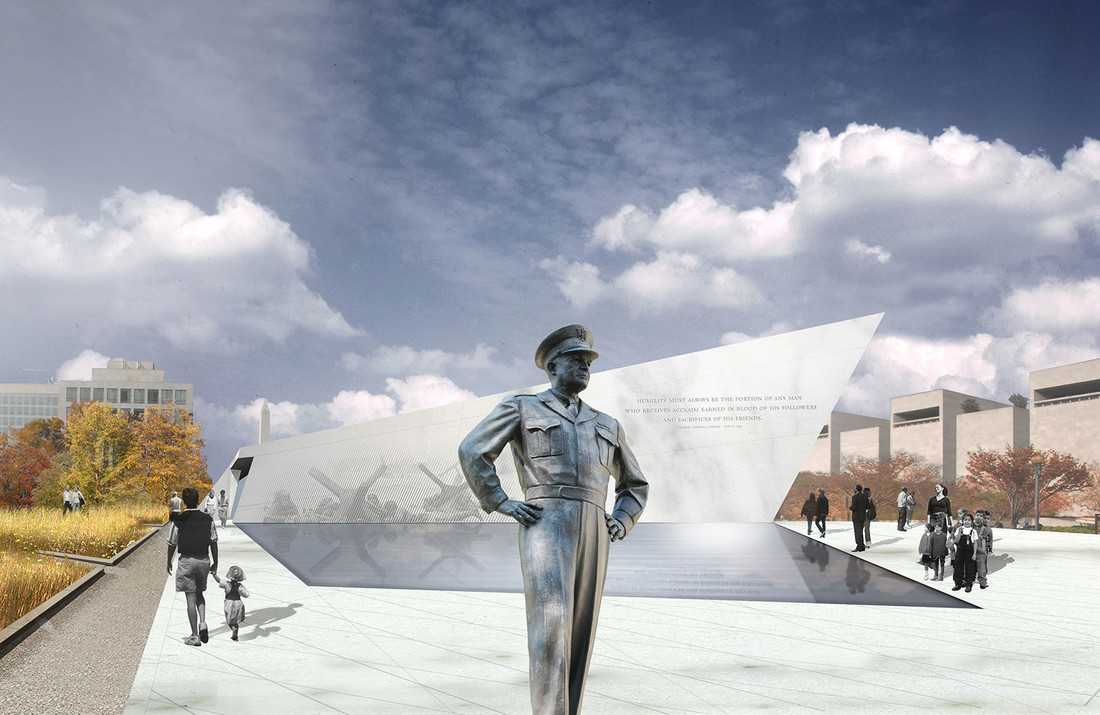 THE CROSSING - EISENHOWER, D-DAY, THE GUILDHALL SPEECH
Eisenhower and the American Century overlap, a world leader is born at D-Day. WW2 is represented at The Crossing of the two axes, an open space of crisp marble and still waters, where Eisenhower the Supreme Commander takes the world stage.

LEADERSHIP PAVILION - THE LEGACY
Eisenhower is a world statesman, representing democracy to the world.

A LOOK BACK - THE GENERALS
From the solitude of the Sentinel Garden, Eisenhower joins the ranks of another President-General. 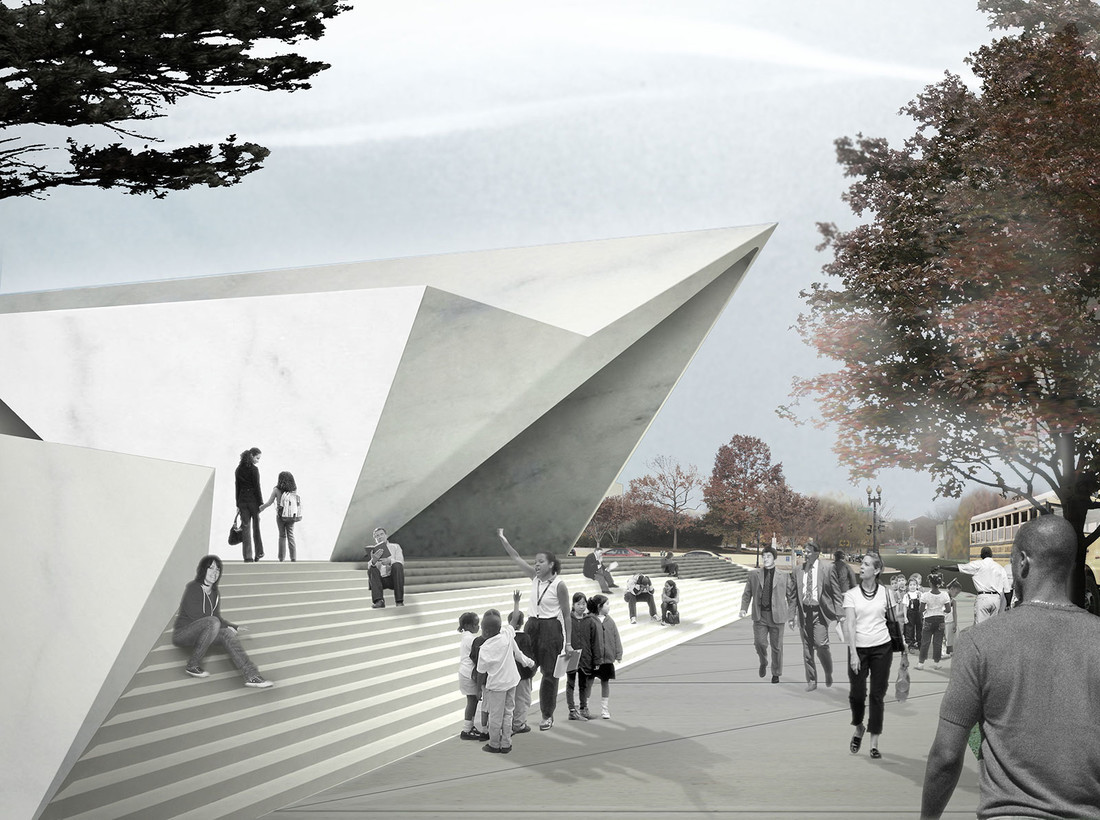 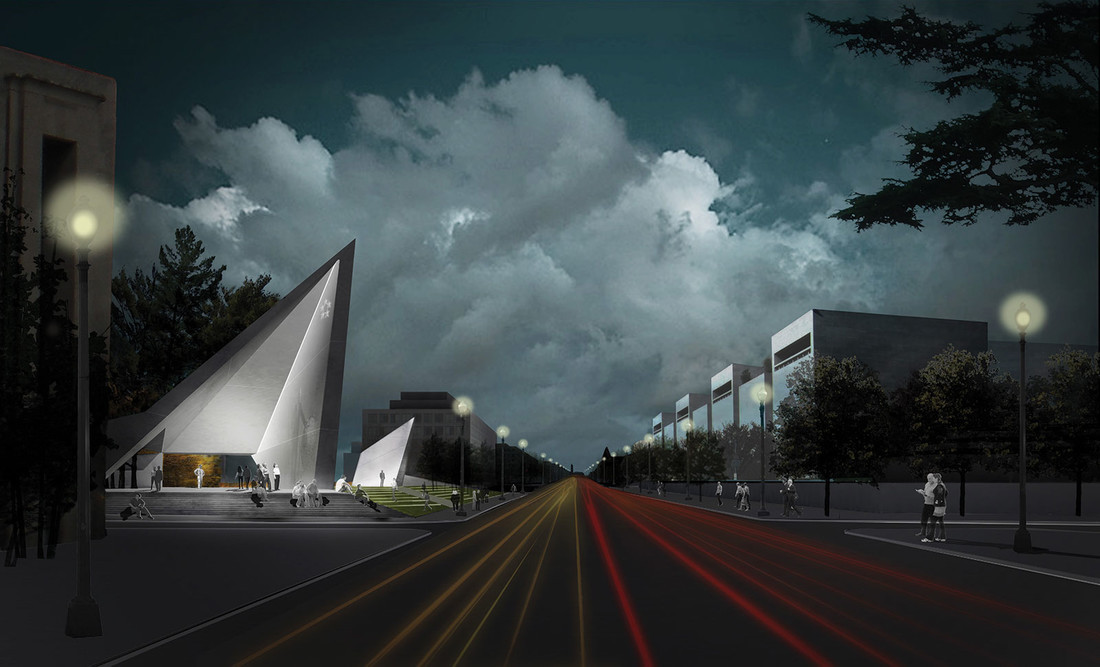 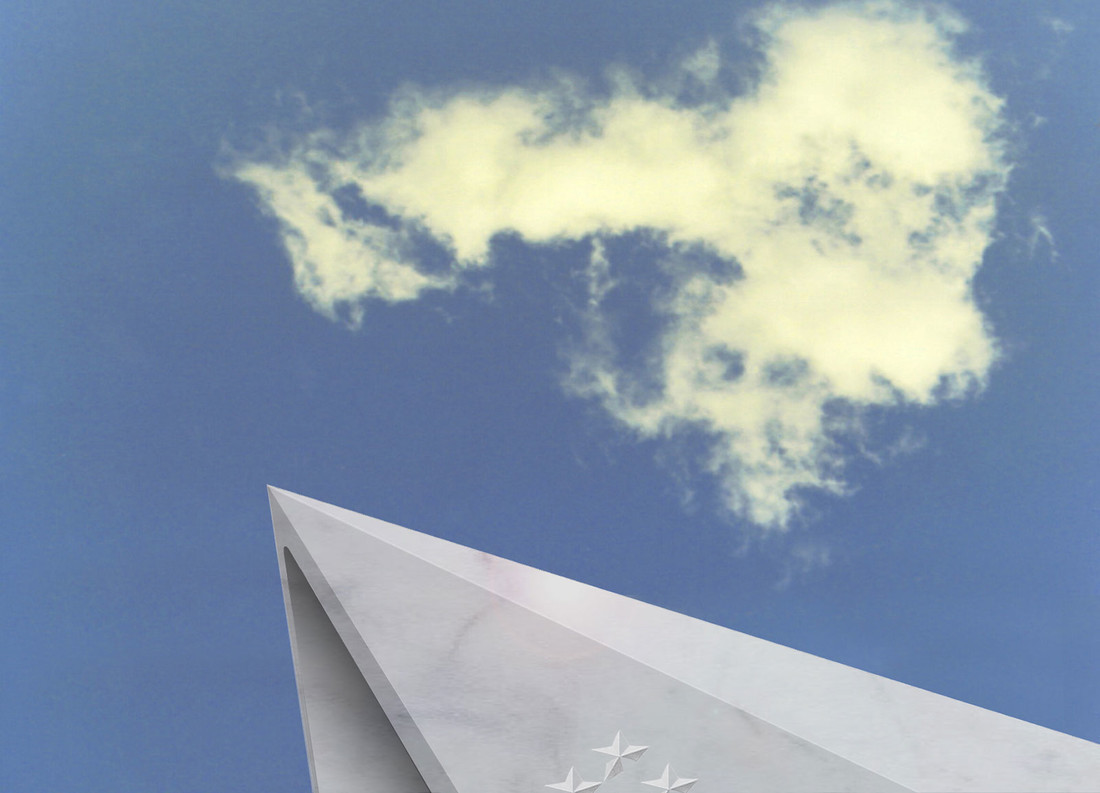 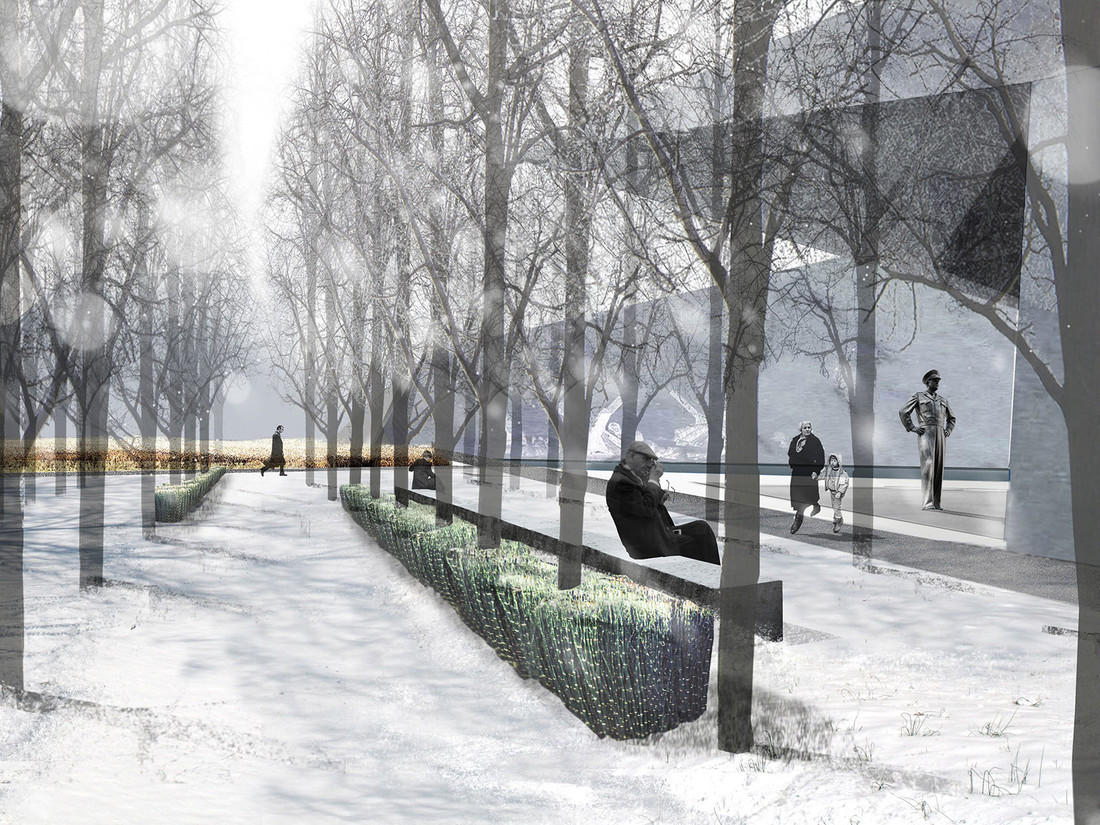 STATUARY - YOUNG EISENHOWER
A boy of the Kansas prairie. Every American. 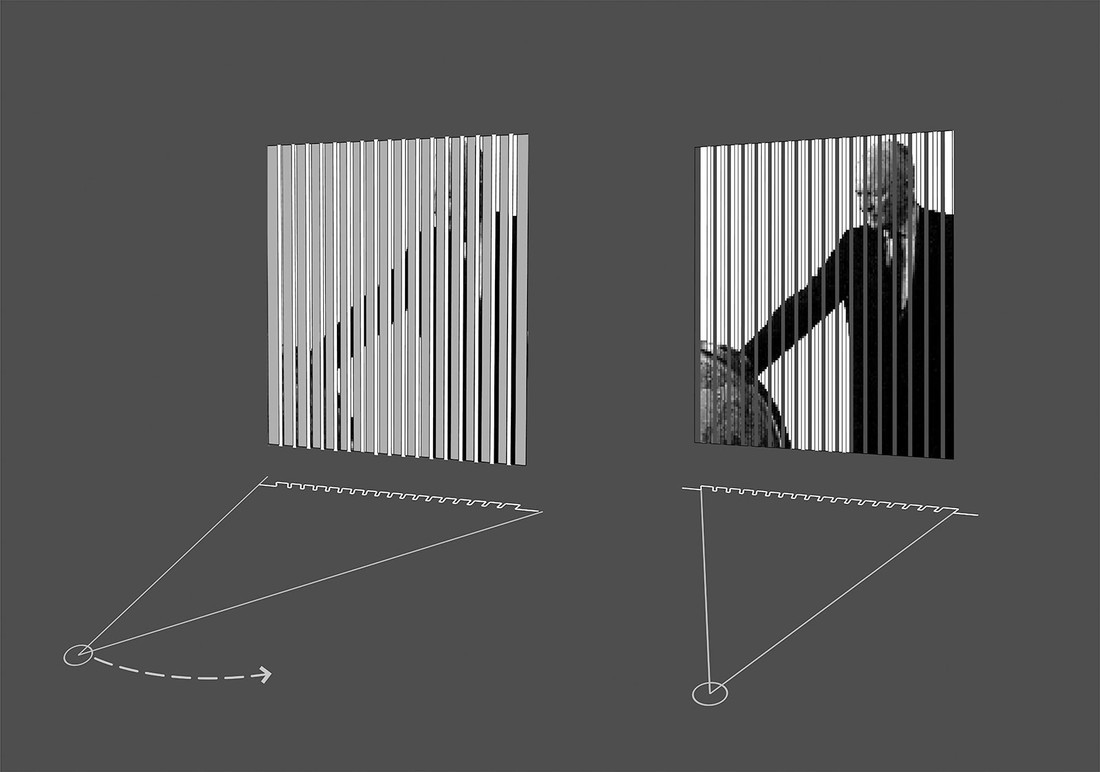 Stone Lenticulars
Outside of the view angle only texture is seen. As the viewer enters the specified angle the image appears. 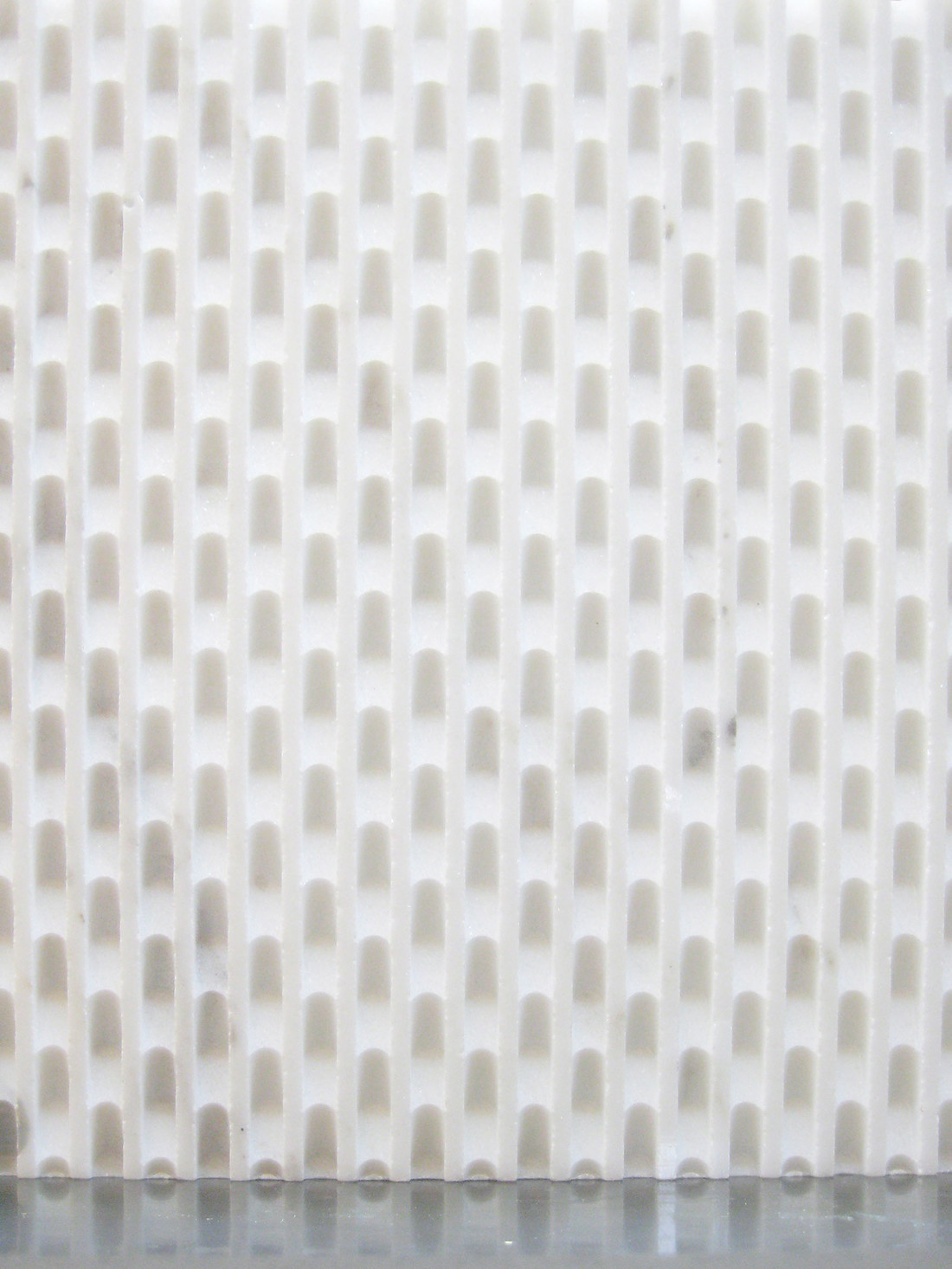