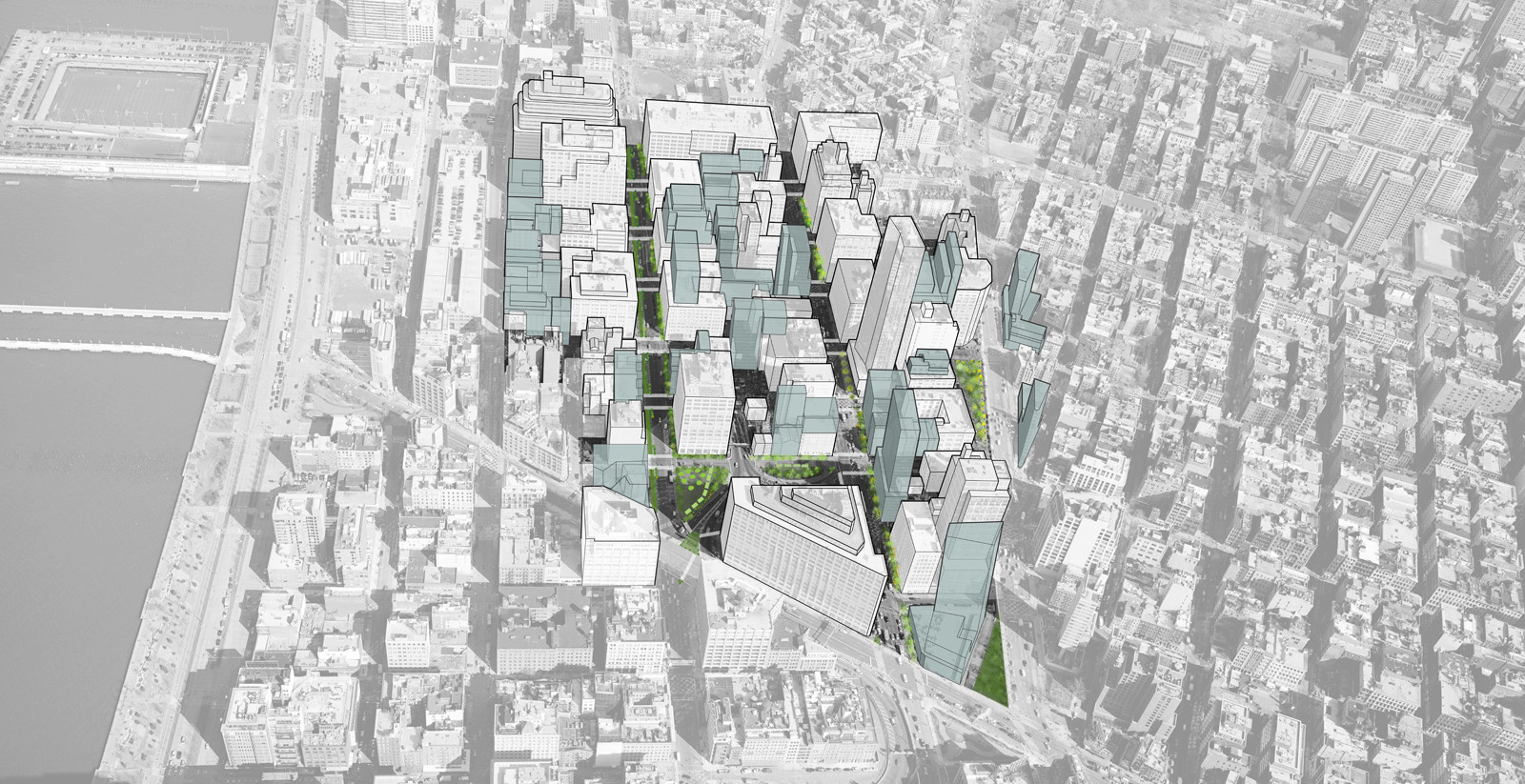 The Hudson Square Standard reimagines the potential for urban sidewalks by finding small changes to the design and structure of our streets that can yield major environmental and health impacts. Its innovation is best seen from below the ground, where trees have been planted in expanded subterranean plots that give their roots more room to grow. Hudson Square Connection continues to serve as a catalyst for efficient and sophisticated design intervention in the public realm. 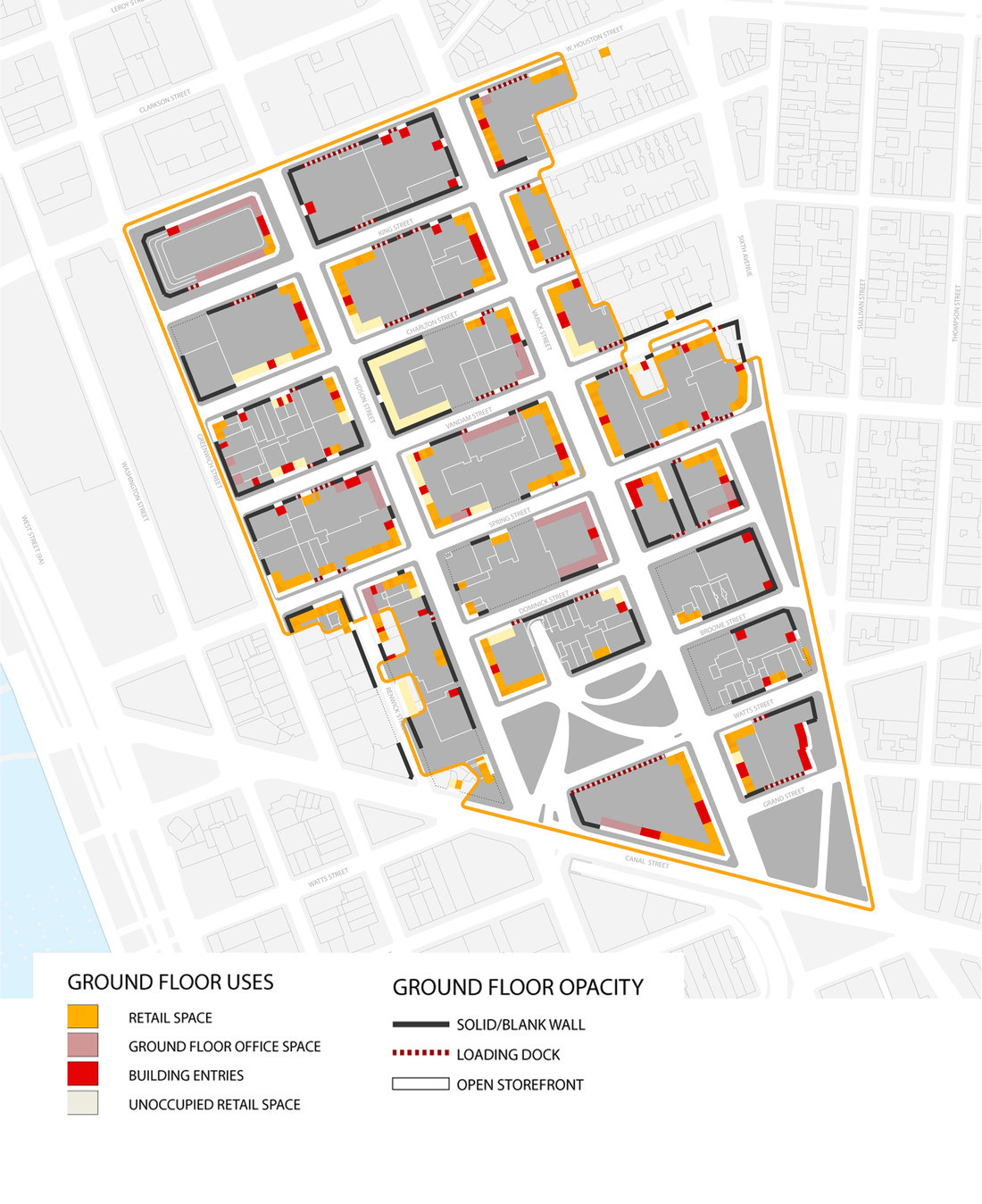 While the heavy north-south car traffic stood out as a major challenge, a deeper analysis of the area revealed an equally significant problem affecting the neighborhood’s quality of life: a lack of pedestrian and retail activity on the cross streets.

To address this challenge we developed a series of long and short term measures from adjustments to rezoning text that encourages active cross street frontages to pop-up cafes. 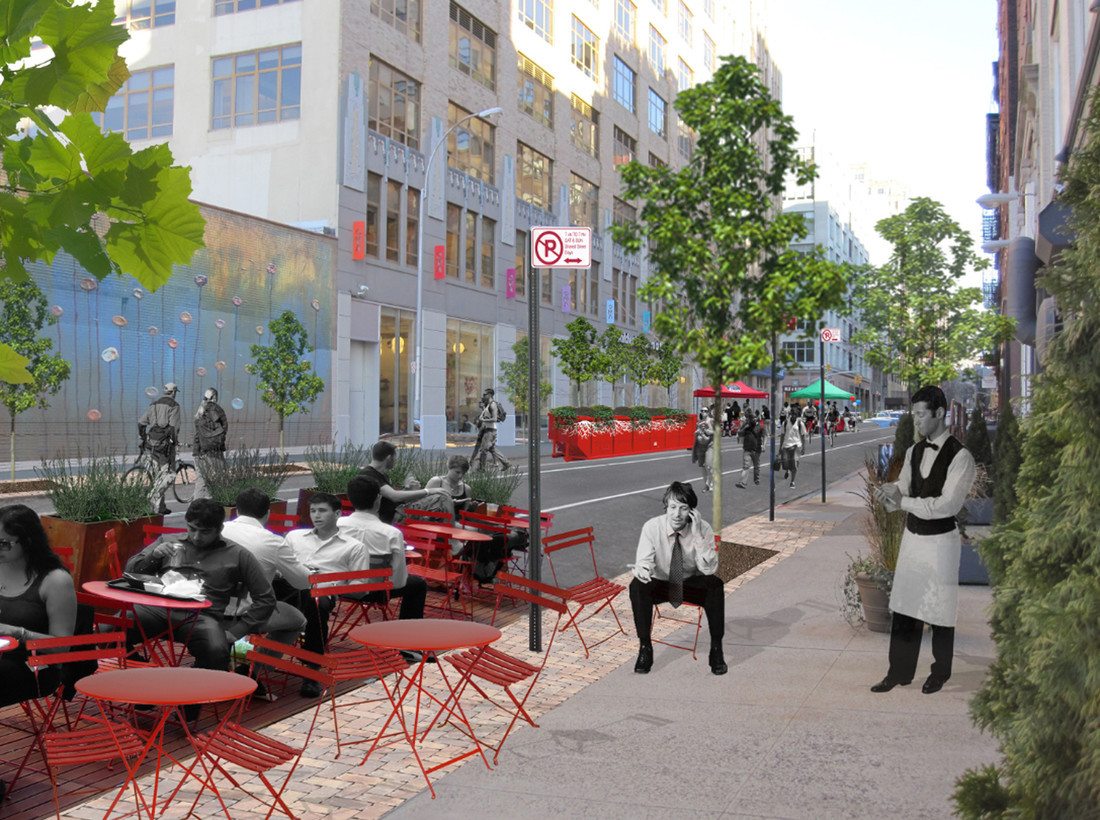 We also helped the bid analyze proposed rezoning and advocate for options that preserved the distinct identity of the neighborhood’s blocky building stock and its roots as the center of the city’s printing industry. 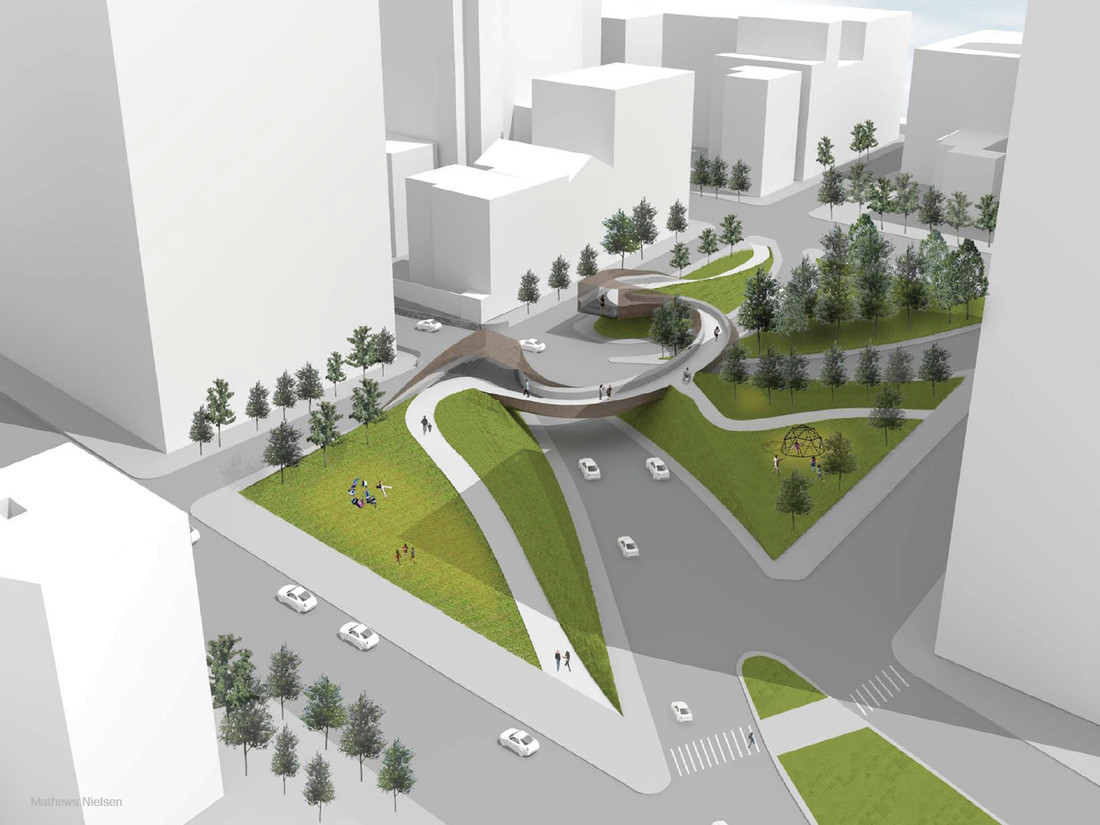 Freeman Plaza at the mouth of the Holland Tunnel is the source of the neighborhood’s traffic burden. Against the accepted view that this space could not be reclaimed, the plan proposed that it could become a park. The long-term vision proposes that an elevated landscape overlooks onto the traffic below. Reinforcing the plan’s intention to prioritize the pedestrian, visitors are placed on a higher plane as they traverse the three park parcels on a curving skypath which connects the two viewing pavilions. 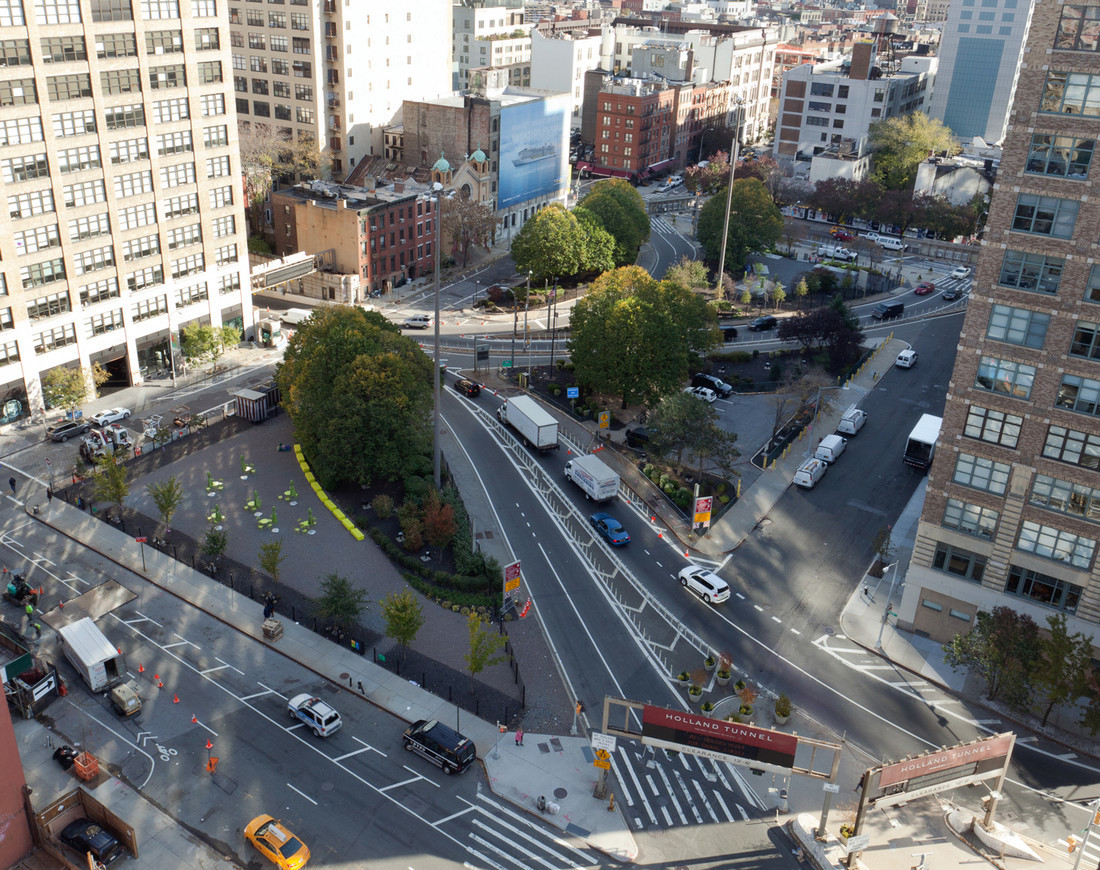 This long-term vision inspired a phased transformation of the wedges between the access roads as park and playground areas. This interim condition serves as the proof of concept for the realization of the park.